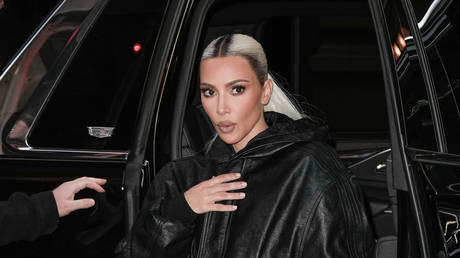 US reality star Kim Kardashian has been hit with a $1.26 million fine over her failure to disclose she had been paid to promote EMAX cryptocurrency tokens on Instagram, the Securities and Exchange Commission announced on Monday.

The agency fined Kardashian for “unlawfully touting” the token in a post she made last year on Instagram, where she has over 331 million followers and is one of the ten most popular users. The Keeping Up With the Kardashians star was paid $250,000 by the token’s creator EthereumMax for the post, which included a link to the company’s website with instructions on how to purchase EMAX.

On top of a $1 million penalty, the agency charged Kardashian $260,000, representing her payment for the post plus interest. She is also banned from promoting any cryptocurrencies for three years and must cooperate with what the SEC describes as an ongoing investigation.

“This case is a reminder that, when celebrities or influencers endorse investment opportunities, including crypto asset securities, it doesn’t mean that those investment products are right for all investors,” SEC chairman Gary Gensler said in the agency’s statement, which was accompanied by a flashy YouTube clip warning that “celebrity endorsements don’t mean that a product is right for you, or even, frankly, that it’s legitimate.” 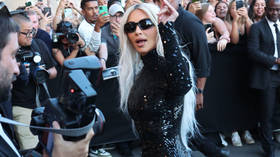 Kardashian agreed to pay the fine and submit to the penalty without admitting or denying the SEC’s findings. With a net worth of $1.8 billion, according to Forbes, the sometime entrepreneur presumably didn’t need the promotional fee.

However, she is not the only celebrity to land in hot water for pushing EthereumMax’s products to her followers. Boxer Floyd Mayweather and former Boston Celtics basketball player Paul Pierce were also on the company’s payroll, and all three were sued in January by investors who claimed they had been duped by the celebrity hype and the company’s name.

Despite its superficial resemblance to Ethereum, the second-largest coin in the crypto space, EthereumMax has no actual connection with the coin. “It would be akin to marketing a restaurant as ‘McDonald’sMax’ when it had no affiliation with McDonald’s other than the name similarity and the fact that both companies sell food products,” the investors’ complaint reads. EthereumMax’s founders, Steve Gentile and Giovanni Perone, described as “a mysterious group of cryptocurrency developers,” were also named as co-defendants in the class-action suit.