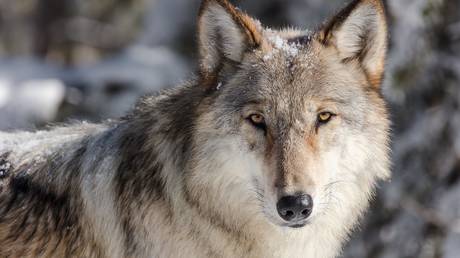 Convicted felon and ex-stockbroker Jordan Belfort, whose autobiography became The Wolf of Wall Street, is belatedly suing the film’s producers, claiming he was shocked to discover the ‘criminal’ source of the financing.

Claiming production company Red Granite misrepresented itself as a legitimate business operation funded by “high net worth individuals and entities” in order to con him into selling his book and story rights, Belfort insists he was “completely blindsided” to learn the company was actually funded by money stolen from the Malaysian government, he alleged in the suit filed Thursday in Los Angeles superior court. Specifically, producer Riza Aziz was using Red Granite to launder hundreds of millions of dollars embezzled from Malaysia’s central development bank by his stepfather Najib Razak, and it was these “tainted, illegal and illicit” funds that brought “The Wolf of Wall Street” to the big screen.

Also on rt.com The wolf that ate Wall Street: US economy roars amid rising income inequality

The former Stratton Oakmont stock scammer maintains that “had he known” Red Granite was financing his film with ill-gotten gains, “he certainly never would have sold the rights.” Now, the suit laments, “such rights are forever contaminated by the illicit funding used by Aziz and Red Granite.” Mired in legal proceedings that have Aziz facing 25 years in prison on money laundering and corruption charges, the production company can hardly fulfill its contractual obligations to Belfort — specifically, the obligations to make a second film.

Belfort is suing Red Granite and Aziz, along with 10 unnamed associates, for at least $300 million plus lawyers’ fees, alleging fraud, negligent misrepresentation, breach of contract, and breach of covenant of good faith and fair dealing, as well as RICO (Racketeer Influenced and Corrupt Organizations) Act violations — a law typically leveled against organized crime. The convicted money launderer wants to have the contract voided so he can shop his second book, “Catching the Wolf of Wall Street,” elsewhere — plus a hefty compensation for the pain and suffering of having his name associated with such rank criminality. (RT)