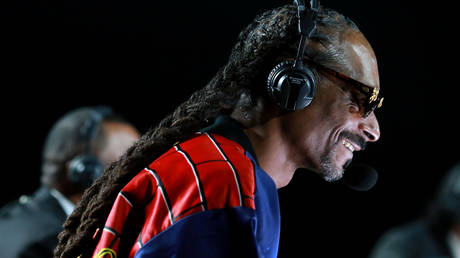 There’s an old wives tale which suggests that a little too much, uh, ‘time to yourself’ can lead a person to go blind, but rapper and occasional combat sports announcer Snoop Dogg might just be able to lend a helping hand.

This doozy of a press release hit anyone else’s inbox this morning? pic.twitter.com/K0A3Xw3zFF

The website in question, ImLive, has offered the rapper – who has also done commentary to the UFC in the past – $1 million to provide play-by-play for its blind users in a move which they say shows that they are “thinking outside the box”.

Read more:   Which country should move its capital next?

“Here at ImLive, we believe in being innovative and thinking outside the box,” they announced Tuesday in a press release.

“To hear you describe the female anatomy while one of our beautiful hosts performs an adult show will provide our visually impaired guests with what most certainly be one of the most entertaining experiences of their lives.”

“All that said, I’d like to personally extend you an offer of up to $1 million to join ImLive and provide commentary for ImLive4TheBlind camming sessions. This can be done from anywhere, even while you light up a fatty and sip on some gin and juice. If interested, please reach out and we can discuss the additional terms of this partnership.”

Despite never seeing a paycheck or an endorsement he didn’t like, it remains to be seen if Snoop will take up the ambitious cam site on their offer – or even if the offer is a legitimate one or more of a press release designed to act as a PR tool.

We suspect the latter, but who can deny the sheer entertainment value of hearing Snoop Dogg providing what would be in effect be the most novel director’s commentary imaginable.