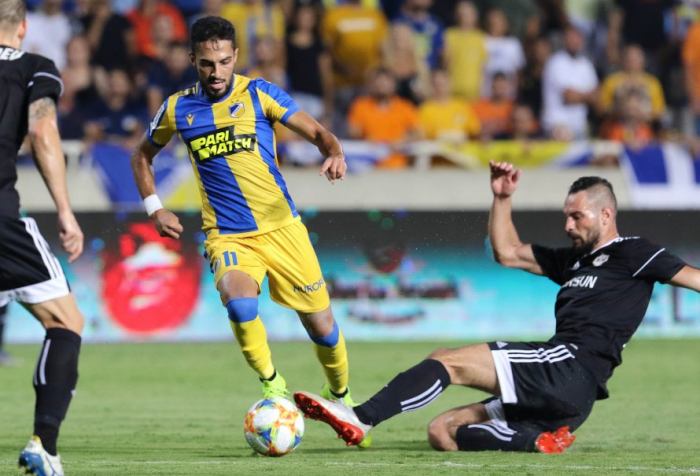 Azerbaijani football club Qarabag Aghdam have defeated APOEL FC 2-1 in the third qualifying round of the UEFA Champions League at the GSP Stadium in Nicosia.

Mahir Emreli scored the first goal of the match shortly after the break on behalf of Qarabag. The Azeri steamed up via the right flank and hit the ball from a difficult angle.

Halfway through the second half, Magaye Gueye put the 0-2 on the scoreboard.

Deep in injury time, APOEL, where goalkeeper Boy Waterman sat on the bench, did a bit back via Giorgios Merkis, but the Cypriots did not get any further than that goal.

The return match will be held next week at the Tofig Bahramov stadium.

If Qarabag and Ajax survive the return next week, the teams will face each other for the first time at the end of August.