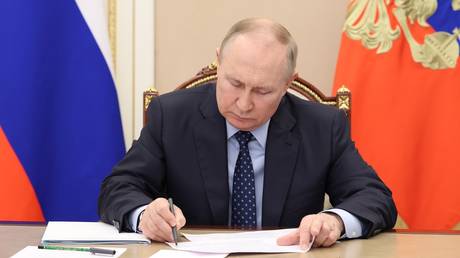 The Russian president signed into law four unification treaties with the Donetsk and Lugansk People’s Republics, as well as the Kherson and Zaporozhye Regions, on Wednesday.

Earlier the treaties were unanimously backed by the Federation Council, the upper house of the Russian parliament. The agreements were ratified on Monday by the State Duma, the lower house of parliament, after they were certified as lawful by the country’s Constitutional Court over the weekend.

The agreements were signed by Putin and the heads of the four former Ukrainian regions on Friday, after the residents of the territories overwhelmingly backed the idea of joining Russia during referendums held between September 23 and 27. The votes have been firmly rejected by Kiev and its Western backers, who have vowed to never accept their results and recognize the four regions’ accession. 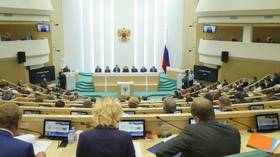 The DPR and LPR split from Ukraine in 2014 in the aftermath of the Maidan coup and the civil conflict in the country’s east that followed. Shortly after launching a military operation in February this year, Russia seized Kherson Region and a larger part of Zaporozhye Region.