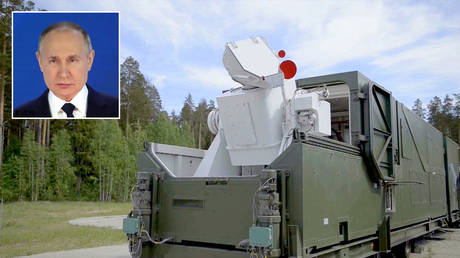 Russian President Vladimir Putin has said that the vast majority of the country’s Soviet-era atomic stockpile will soon be replaced by modern weapons, warning that Moscow is intent on defending itself against foreign aggression.

Speaking as part of his annual address to the Federal Assembly in Moscow on Wednesday, Putin said that his government “wants to have positive relationships with everyone on the international stage, including those with whom relations have broken down recently. We really don’t want to burn bridges.”

At the same time, however, he cautioned that “those who mistake this stance for weakness need to know that Russia’s response [to any aggression] will be asymmetrical, swift and harsh.” Those planning provocations, he said, “will regret their deeds in a way they have not regretted anything else for a long time.”

As part of the country’s plans to defend itself, he said, its stockpile of strategic weapons is currently being overhauled, updating older Soviet-era equipment in favor of next-generation technology, such as “hypersonic and laser” armaments. (RT)