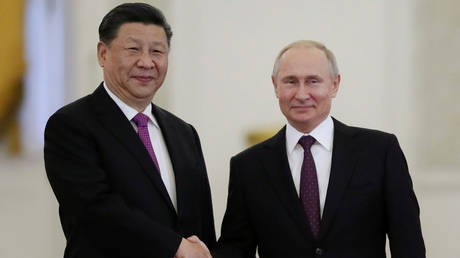 Russian President Vladimir Putin has revealed he expects to be at the opening of next year’s Winter Olympics in Beijing. Putin would be banned from the Games without the invitation extended by Chinese leader Xi Jinping to attend.

The head of state and huge sports fan announced the news during an online investment forum, ‘Russia is Calling’, on Tuesday.

Asked whether he would like to watch hockey or alpine skiing at the Olympic Games or meet with Xi, Putin replied: “I planned to go to the opening ceremony.”

Russian Foreign Minister Sergey Lavrov confirmed in September that Putin had “gladly” accepted Xi’s offer, adding that the leaders hope to hold an in-person summit while watching athletes from their nations “once again prove their highest athletic and personal qualities”.

Russian athletes will be forced to compete under neutral status at the Winter Olympics, which take place from February 4-22. 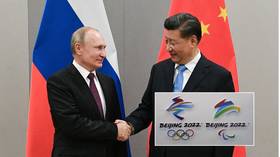 The move repeats the restriction enforced at the Olympic Games in Tokyo this summer, when a decision by the World Anti-Doping Agency (WADA) led to Russians competing under the Russian Olympic Committee banner.

WADA initially ruled that the order would continue for four years from 2019, but it will expire in December 2022 after being reduced on appeal by the Court of Arbitration for Sport.

Under the sanctions, Russian government officials and dignitaries are not allowed to attend showpieces such as the Olympics and Winter Olympics. 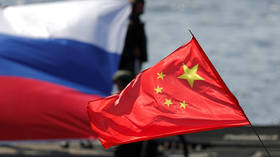 Xi’s intervention, though, allows Putin to be there because the ruling “does not apply to a Government Representative who is invited to a specified event by the Head of State or Prime Minister (or equivalent) of the host country of that specified event.”

While a potential boycott of the Games over alleged human rights issues continues to be debated in the US Senate, Russia has distanced itself from such a move, which is linked to the perceived human rights abuses by China towards ethnic Uyghur Muslims. 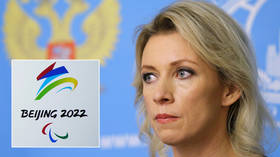 After US president Joe Biden said he was “considering” shunning the Games, Moscow officials denounced a boycott, with Putin describing the idea as “negative”.

Organizers of the Games said on Tuesday that they expected the new Omicron strain of Covid-19 to pose a “challenge” without unduly hampering the event.

Foreign fans have already been outlawed from attending the Games because of the pandemic.

Speaking at the forum, Putin said that the new variant had “called into question” the global economic recovery and declared he has asked the Russian government to prepare an updated action plan within a week.

Putin added that he expects it to “become clear how serious the consequences of the new strain are” within weeks. (RT)