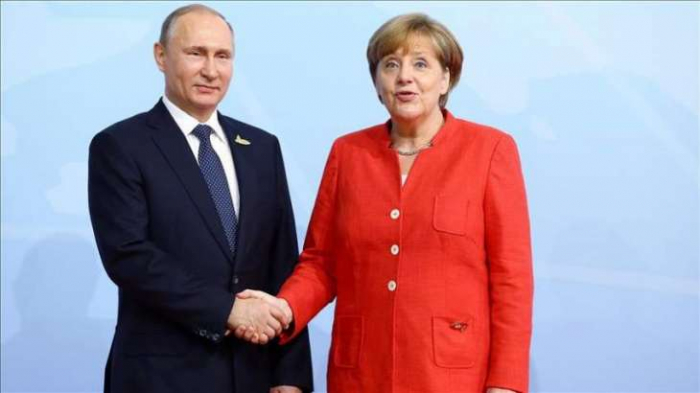 Issues of the settlement in Ukraine were among the topics of a telephone conversation between Russian President Vladimir Putin and German Chancellor Angela Merkel, the Kremlin press service said on Monday, according to TASS.

The two leaders “discussed in detail issues regarding the settlement in Ukraine, in particular with due regard for the Steinmeier Formula signed in the Contact Group by representatives from Kiev, Donetsk and Lugansk, as well as the disengagement of forces and equipment at the ‘pilot’ sections in the area of Stanitsa Luganskaya and Zolotoye, and the start of this process near the settlement of Petrovskoye,” the press service said.

“The Russian president and the German chancellor noted the importance of full implementation of the 2015 Minsk Package of Measures and other major agreements geared to promote the settlement of the Ukrainian conflict. The sides stressed the importance of enforcing Donbass’ special status in Ukrainian laws,” it said.

The sides also reiterated their commitment to further coordination of Russia’ and Germany’s efforts within the Normandy Quartet, including in what concerns preparations for a possible summit in this format, the Kremlin noted.

They also discussed the situation in Libya and in Syria. Putin and Merkel came out in favor of seeing an end to armed clashes in Libya as soon as possible and without preconditions, the Kremlin press service said after the telephone conversation.

“The Russian president positively assessed the mediatory efforts of Germany aimed at the restart of an intra-Libyan dialogue and a more active involvement of the global community in the search for a peaceful settlement of the problem,” the press service added.

In exchanging opinions on the situation in Syria, they “emphasized the importance of solving humanitarian problems, and this includes ensuring the refugee return,” it stressed. The phone call was initiated by Germany.