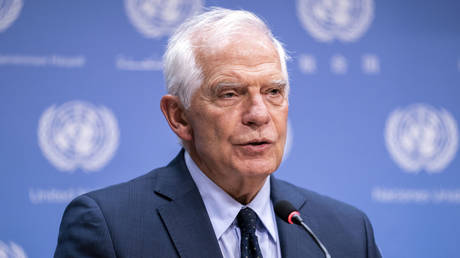 EU High Representative for Foreign Affairs Josep Borrell told the BBC on Saturday that he believes Russian President Vladimir Putin could use nuclear weapons if Moscow’s forces are “pushed into a corner.” Borrell called for a peace deal, but his suggested agreement is likely a non-starter.

The conflict in Ukraine has reached a “dangerous moment,” the diplomat told the British broadcaster. “It’s a dangerous moment because the Russian army has been pushed into a corner, and Putin’s reaction – threatening using nuclear arms – it’s very bad.”

Borrell’s claim that the Russian military has been cornered is likely based on the fact that Ukraine managed to capture a large swath of land in the region of Kharkov earlier this month. However, Ukraine’s numerically superior force still took high casualties against a comparatively small contingent of Russian and allied forces, who withdrew without suffering heavy losses, according to Moscow.

In the wake of the Ukrainian offensive, Putin on Wednesday announced a partial mobilization of some 300,000 troops, a number Defense Minister Sergey Shoigu said amounts to 1% of the country’s full mobilization potential. 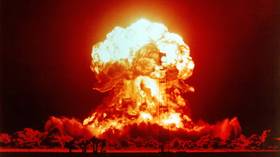 Nuclear war is possible – US commander

Putin also warned that Russia would defend its territory – potentially including the Donbass republics of Donetsk and Lugansk, as well as the regions of Zaporozhye and Kherson after referendums this week – with “all the means available to us,” including “various weapons of destruction.”

“When people say it is not a bluff, you have to take them seriously,” Borrell told the BBC.

The EU diplomat, who previously insisted that “this war will be won on the battlefield,” went on to say that a “diplomatic solution” must be reached, but one that “preserves the sovereignty and territorial integrity of Ukraine.”

Read more:   Mysterious connection between the coronavirus and the heart

Aside from the fact that four former regions of Ukraine will in all likelihood vote to join Russia in a matter of days, Borrell’s definition of Ukraine’s territorial integrity likely aligns with that of Ukrainian President Vladimir Zelensky, who has vowed to seize the two Donbass republics – which declared independence from Ukraine in 2014 – and Crimea, which voted to rejoin Russia that same year.

Long before the four referendums were announced, Zelensky rejected the idea of abandoning his claims over Donbass and Crimea to secure peace with Russia. (RT)