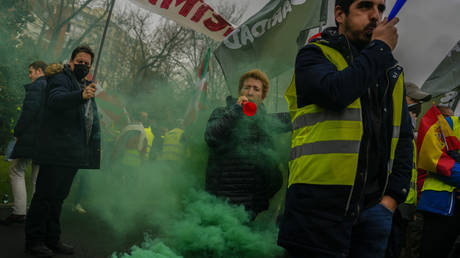 FILE PHOTO. Truck drivers use smoke flares during a protest against the high price of fuel, in Madrid, Spain. © AP / Manu Fernandez

At the outset of the Ukraine conflict, Western officials proclaimed their unity against Moscow and vowed to accelerate their transition away from Russian fossil fuels and towards greener energy. The idea was to deprive the Kremlin of revenues which, in their minds, would result in defunding the military operation in Ukraine. So they went full scorched-earth on their own cheap energy supply – that is, gas from Europe’s largest country – and sanctioned it.

It wasn’t long before it became obvious that was something much easier said than done. Soon, officials started making public requests of their citizens to “do their part” by sacrificing their everyday comforts and quality of life, like taking shorter showers – as though that would remedy the fact that industrial representatives were already sounding the alarm about rationing and manufacturing shortages.

Next, Western officials started backpedalling on their pledges to eradicate those forms of energy they had previously considered non-green. It was barely a few months earlier that Germany was chastising France for persisting with nuclear energy. Now, Berlin may potentially be joining Paris in turning back to it as a source, all while it also fires the old coal plants back up.

Western Europeans had initially figured that they could at least maybe rely on hydroelectric energy from Norway, but the dry summer heat now threatens that, too, as Oslo considers cuts to its exports. And even liquified natural gas from Britain may not be exportable to the EU, since toxic and even radioactive contaminants have recently been found in the supply originally sourced from countries like the US and Qatar. 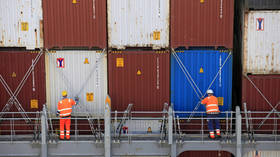 The first flickers of real trouble are already evident – well ahead of the winter heating boom. The British consulting firm, Cornwall Insights, is warning of possible planned blackouts and empty shelves in Britain. Average household energy costs in the UK have reached £4,000 ($4,860) per year and are estimated to go even higher. The Bank of England is warning of a recession amid inflation which, in Germany, has just hit the highest level since reunification in 1990. Countries like Spain and Italy are imposing limits on heating and air conditioning in both public and commercial buildings. The EU’s imposition of a 15% energy cut across all member states has just come into effect, providing yet another pretext to reduce services to taxpayers. The mayor of the French town of Cabriès used it as an excuse to close the local swimming pool amid the record summer heat, citing a choice between the cost of feeding school kids increasingly pricy organic food in the cafeteria… or keeping the facility open.

And whose fault is all this? It should seem obvious, no? Western officials cut themselves off from their own energy source in order to play geopolitics by pulling Ukraine into their orbit – but the blame is squarely on Russia. That’s what they said and that’s what they’re doubling down on. Britain’s Daily Mail refers in a graphic to Putin cutting the gas supply. “Putin’s new gas squeeze condemns Europe to recession and a hard winter of rationing,” according to a CNBC headline. US President Joe Biden has framed it as “Putin’s tax on both food and gas.” Yet these officials did it to themselves – and to their citizens – “for Ukraine.”

The problem, however, is that fewer and fewer constituents seem to be buying it. According to a recent Rasmussen poll in the US, just 11% attributed the economic crisis to Putin, while 52% blamed Biden’s own policies.

And now, there are signs that a new scapegoat is being prepared.

That scapegoat is populists. “We can assume that populists and extremists will again try to influence protests to their liking,” German Interior Ministry spokesperson, Britta Beylage-Haarmann, told Deutsche Welle. “Extremist actors and groups in Germany can lead to a growth in dangers if corresponding social crisis conditions allow for it.”

It’s a troubling fact that Western officials attempt to conflate average people who oppose their radical policies – including their insistence on harming the energy supply as a matter of pro-Ukraine policy – with “extremists” when it’s their own positions that are growing increasingly radical. There had been a concerted effort in the past by Western officials to discredit any opposition to their plans by framing pushback by the average person as something brewed up in the halls of the Kremlin. And now, as they see chaos on the horizon as a result of their own insistence on pursuing social, economic, and industrial harm as a matter of policy, they’re gearing up to smear the blowback as illegitimate. 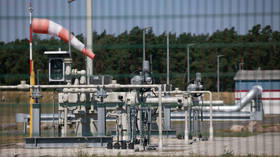 Germany discloses stance on emergency use of Russian gas pipeline

French officials are not only dismissing but attacking the leader of France’s opposition party in parliament for speaking up about potential blackouts – all because she’s a populist. “Europe is going to face a blackout, notably on the question of Russian gas imports. These sanctions are simply useless. All they do is make Europeans suffer. And that, incidentally, includes French people,” said Marine Le Pen of France’s National Rally party. “You’d need a huge dose of bad faith not to realize that, contrary to the inflated claims of our government, the Russian economy is not on its knees. They are not on the brink of bankruptcy.” The French Energy Transition Minister, Agnes Pannier-Runacher, says that it’s Le Pen’s remarks that are “extraordinarily dangerous” and “irresponsible”, framing her legitimate concerns, which the average French can relate with, as something reckless.

Populist leaders around the Western world, from Mexican President Andrés Manuel López Obrador to Hungarian Prime Minister Viktor Orban and Serbian President Aleksandar Vucic, have been outspoken against anti-Russian sanctions, which are inherently harmful to the average Western citizen.

Just because it’s populist leaders who have the courage to speak out on behalf of citizens doesn’t mean that the concerns can be dismissed or marginalized, because they are the concerns of a large swath of the silent majority. Western establishment officials are desperate to deflect accountability from a pending disaster that’s purely of their own making – either onto Putin or their own citizens.