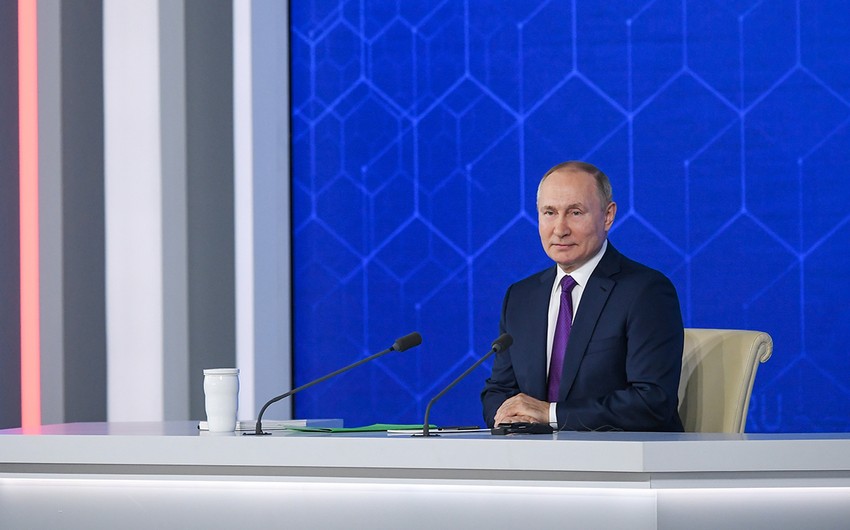 The signing of the Declaration on Allied Cooperation between Azerbaijan and Russia will become a new stage in the development of bilateral relations, Russian President Vladimir Putin said during talks with Azerbaijani President Ilham Aliyev in Moscow, Report informs referring to the Kremlin’s website.

“Your visit is taking place on the eve of a significant event in our bilateral relations – the 30th anniversary of the establishment of diplomatic relations. Today we will sign the Declaration on Allied Cooperation. This, obviously, is a new stage in the development of our relations,” Putin said.

As for trade and economic ties, they are developing progressively: despite the pandemic, the trade turnover increased by more than 16% last year, he noted.

“This is a very good indicator. We are grateful to you for supporting our interaction. We have very serious plans in this regard. Our economic ties are quite well diversified, and this creates good prerequisites for further movement forward,” the president of the Russian Federation noted.

Referring to the process of opening communications between Azerbaijan and Armenia, Putin said that certain agreements had been reached not only to ensure the safety of all the people who live there, but also to develop trade and economic ties, and unblock transport communications.