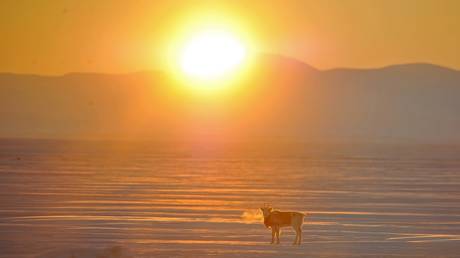 Japan is known as ‘the land of the rising Sun’ but Russia has a better claim to that title, President Vladimir Putin joked on Monday at an ecological forum in the country’s Far East.

The Sun rises in the east, but Japan isn’t the easternmost piece of land on the map, the Russian leader noted.

“Our neighbors the Japanese and the country of Japan are called the ‘land of the rising Sun,’ but east of Japan, I think, there’s [Russia’s] Kamchatka or [the island of] Sakhalin; then there is New Zealand – that’s even further to the east, and to the east of New Zealand there is Chukotka,” said Putin.

Chukotka, which is the northeasternmost region of Russia, is only separated from the American continent by a 60km strait, he pointed out.

“In this sense, the land of the rising sun is Russia,” Putin concluded. (RT)