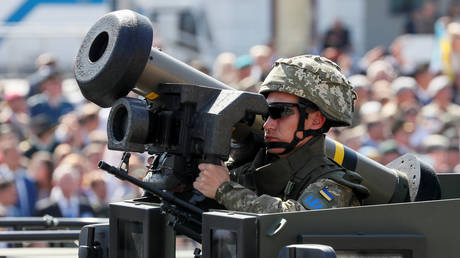 Russian President Vladimir Putin has demanded guarantees from NATO that the US-led military bloc won’t expand further eastwards. Washington, however, has predictably ruled this out as a non-starter.

While Moscow sees more NATO members on its borders as an existential threat and a deliberate provocation, much of the West rallies behind the principle that countries have a “sovereign right” to join whichever factions and groupings they please. For many analysts, this is the fundamental principle of European security.

But Russia insists European security depends on limiting the expansion of military alliances and mitigating the oppositional format of the European security architecture. This dispute is at the heart of the standoff over Ukraine. 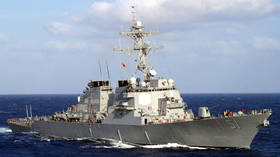 These competing views on the fundamental principle of European security are the result of a changing balance of power.

The bipolar era of the Cold War

The fundamental principle of a benign security architecture is that states should not enhance their security to the extent that it diminishes the security of others. This is based on one of the central concepts in international relations, the ‘security dilemma’, which recognises that if state A enhances its security at the expense of state B, then state B must respond in a manner that eventually undermines the security of state A. During the bipolar era of the Cold War, this was considered an uncontroversial reality and the point of departure for initiatives to ease tensions.

Any effort to establish a stable and peaceful European security order, from the Helsinki Accords in 1975 to the Charter of Paris for a New Europe in 1990, focused on the concept of the ‘indivisibility of security’, which is the principle of providing equal security to all nations. In a Europe consisting of rival military blocs, enhancing the security between East and West demanded the mitigation of the zero-sum relationship between the two military blocs.

The Warsaw Pact was dismantled and the Soviet Union dissolved, which made NATO the only military bloc in Europe. By rejecting an inclusive European security architecture, Washington was able to monopolise security, as states could either have guarantees within the US-led military alliance or be left with uncertainty outside the tent.

With NATO being the only game in town, former truths about security were denounced. The fundamental principle of European security is now that states must have the sovereign right to choose membership in military blocs. In other words, they have the right to be in the bloc, no matter what anyone else thinks.

Peace derives from compromise and the constraining of rival military blocs, but NATO has rebranded itself as a liberal democratic institution and thus a ‘force for good’. No longer does peace depend on compromise and constraints, but rather on the compromising of values, and the acceptance of limitation on expansionism is deemed tantamount to appeasement. Any Russian concern about zero-sum bloc politics is dismissed as “paranoia”, a “zero-sum mentality”, and a “Cold War mentality”. Russian opposition to NATO expansionism is viewed simply as a rejection of democratic values and an indication of Russia’s expansionist intentions. (RT)