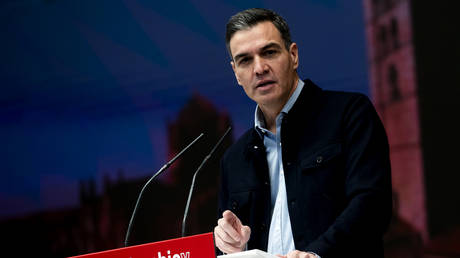 Russia is not fighting just Ukraine, but the entire European Union, Spanish Prime Minister Pedro Sanchez proclaimed in an interview with Politico on Tuesday. He added that Moscow’s military operation in Ukraine is failing and has only managed to make the EU stronger.

Speaking ahead of the United Nations General Assembly in New York, the Spanish premier stated that Russian President Vladimir Putin was using “energy as a war tool,” because he is “threatened by the EU’s Values,” Politico reports.

Sanchez insists that despite the ongoing energy crisis that has gripped the EU after the West imposed sweeping sanctions on Moscow, EU states have only grown closer together. According to the PM, successive crises starting from 2008 have taught the bloc to pool debt, coordinate defense investments and wean itself off Russian energy.

The Spanish leader noted that Europe’s energy system is now “a market that doesn’t function” but highlighted the importance of sticking to clean energy policies.

“Don’t use this energy crisis to block moving forward on the climate crisis,” Sanchez urged fellow EU leaders, adding that new “creative” policies that were “unthinkable just a couple of years ago” are needed to combat the crisis. 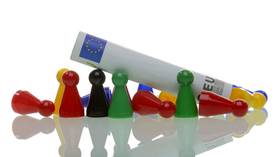 Sanchez’s comments come as Eurozone nations are currently facing an 80% chance of a recession in the next year due to soaring energy prices along with limited energy supplies, a recent report by Bloomberg revealed.

The energy crisis in the EU, which was largely caused by the bloc’s decision to cut itself off from Russian oil and impose sanctions on Russian gas supplies, was exacerbated in early July after gas flows from Russia were reduced due to sanctions and to technical problems with the Nord Stream 1 pipeline, which was completely shut down late last month, allegedly due to technical problems.

While many EU leaders have personally blamed Vladimir Putin for the energy crisis, Moscow has maintained that the bloc’s problems are of its own making and that the EU is committing economic “suicide” with its sanctions policies. (RT)