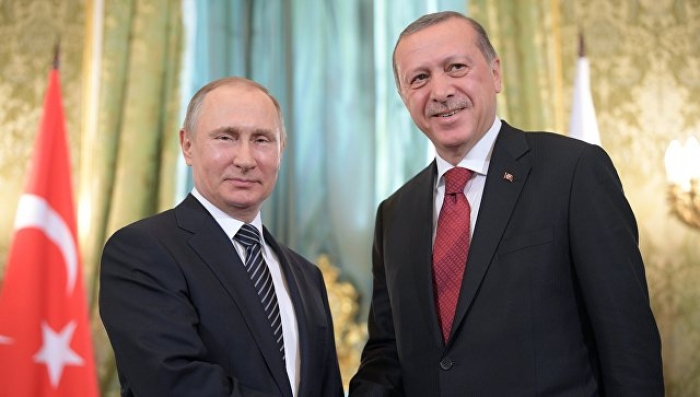 The current situation in Syria was in focus of a telephone conversation between Presidents Vladimir Putin of Russia and Recep Tayyip Erdogan of Turkey, the Kremlin press service said on Tuesday, adding that the conversation was initiated by the Turkish side, according to the Russian media.

The two leaders discussed the situation in northern Syria, where Turkey is conducting the Peace Spring military operation. “They stressed the necessity of preventing conflicts between Turkish army units and Syrian government forces,” the press service said.

According to the Kremlin press service, the Russian leader drew attention to the aggravation of the humanitarian situation in regions along the Syrian-Turkish border. “The head of state thinks it is inadmissible to let militants from terrorist organizations, including Islamic State [banned in Russia], who are guarded by Kurdish armed units, use this situation,” the Kremlin noted.

“The presidents of Russia and Turkey have spoken in favor of continuing the process of political settlement in Syria and expressed intentions to facilitate organizing the session of the Constitutional Committee under the UN auspices at the end of October in Geneva. Both leaders have confirmed their adherence to ensuring the territorial integrity of the Syrian Arab Republic in the end,” the press service said.