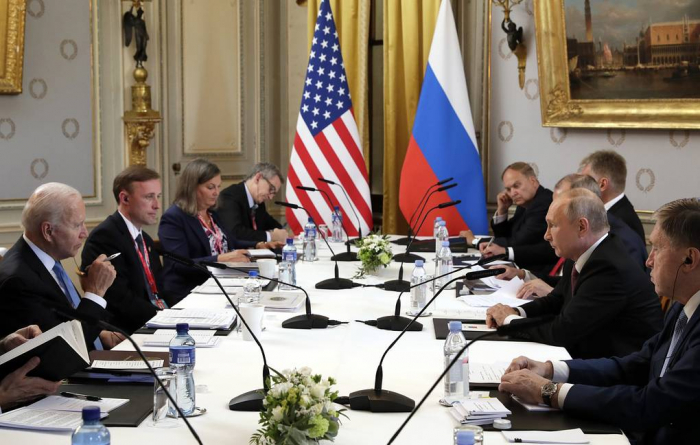 Russian President Vladimir Putin and his US counterpart Joe Biden have begun to hold talks in an expanded format.

“The talks in an expanded format have begun,” the Kremlin press service informed. Previously, the leaders talked in a narrow format with the participation of Russian Foreign Minister Sergey Lavrov and US Secretary of State Antony Blinken. The talks lasted for approximately 1 hour and 45 minutes, after which the presidents took a short break before the second part of the talks.