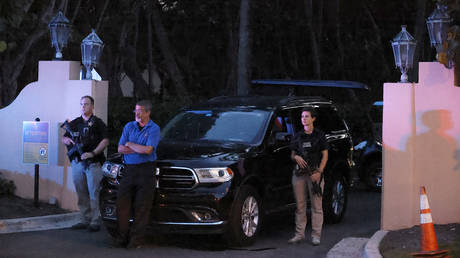 Classified documents about nuclear weapons were among the sensitive materials that the FBI was looking for when it raided the residence of former US President Donald Trump this week, the Washington Post reported on Thursday, citing its sources.

According to experts interviewed by the outlet, the FBI raid on Trump’s Mar-a-Lago residence in Florida on Monday indicates that the current administration is worried about the impact on US national security if these documents get into the wrong hands.

However, the Post’s sources refused to reveal whether the material in question related to nuclear weapons belonging to the US or some other state. They also declined to say whether the FBI had found what it was looking for.

The experts quoted by the Washington Post said documents on nuclear weapons are extremely sensitive in nature and only a handful of US officials have clearance to read or possess them. Details on such weapons could help Washington’s adversaries to get an insight into US defense posture and help them to develop countermeasures, while other countries could consider exposing their secrets as a threat, the report says.

According to David Laufman, the former chief of the Justice Department’s counterintelligence section, if the former US president was in fact unlawfully keeping such documents at Mar-a-Lago, they “may have been classified at the highest classification level.”

“If the FBI and the Department of Justice believed there were top secret materials still at Mar-a-Lago, that would lend itself to greater ‘hair-on-fire’ motivation to recover that material as quickly as possible,” he told the Post. (RT)