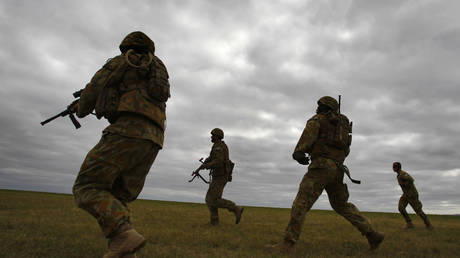 A disturbing new report blows the lid on the shameful conduct of Australian special forces soldiers in Afghanistan, accusing them of waging a campaign of torture and murder across the war-torn country, and hiding the evidence.

When Australia’s elite SAS soldiers would raid villages in Afghanistan, they brought terror and death with them, a report seen by Melbourne newspaper The Age alleges. The special forces “would take the men and boys to these guest houses and interrogate them, meaning tie them up and torture them,” the report states.

By the time the SAS units left, “the men and boys would be found dead, shot in the head, sometimes blindfolded and throats slit. These are corroborated accounts,” it continues, comparing the alleged war crimes to the My Lai massacre of the Vietnam War, and to the US’ mistreatment of detainees in Iraq’s Abu Ghraib prison.

Also on rt.com Australian special forces allegedly EXECUTED hog-tied Afghan prisoner because there was no space for him in helicopter

The report was commissioned by then-Army chief Angus Campbell in 2016, and an upcoming Inspector-General report into war crimes by senior judge Paul Brereton has confirmed many of its findings, The Age claimed. Compiled by defense consultant Samantha Crompvoets, the report is based on interviews with soldiers and whistleblowers, who told Cormpvoets some grizzly tales of “competition killing and blood lust.” (RT)