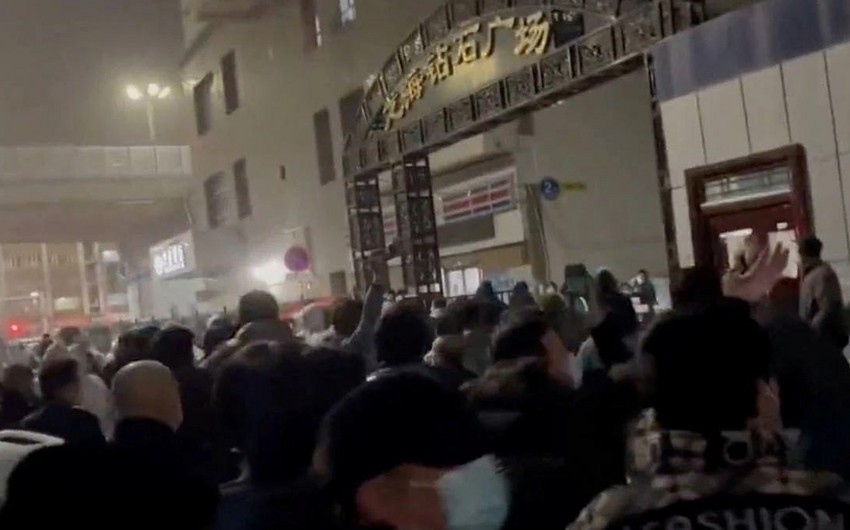 Protests against China’s pervasive anti-virus controls that have confined millions of people to their homes spread to Shanghai and other cities after complaints they might have worsened the death toll in an apartment fire in the northwest, Report informs referring to the Associated Press.

Shanghai police used pepper spray against about 300 protesters, according to a witness. They gathered Saturday night to mourn the deaths of at least 10 people in an apartment fire last week in Urumqi in the Xinjiang region in the northwest.

Videos posted on social media that said they were filmed in Nanjing in the east, Guangzhou in the south and at least five other cities showed protesters tussling with police in white protective suits or dismantling barricades used to seal off neighborhoods.

Witnesses said a protest occurred in Urumqi, but The Associated Press was unable to confirm details of other videos.

President Xi Jinping’s government faces mounting anger at its “zero-COVID” policy that has shut down access to areas throughout China in an attempt to isolate every case at a time when other governments are easing controls and trying to live with the virus.