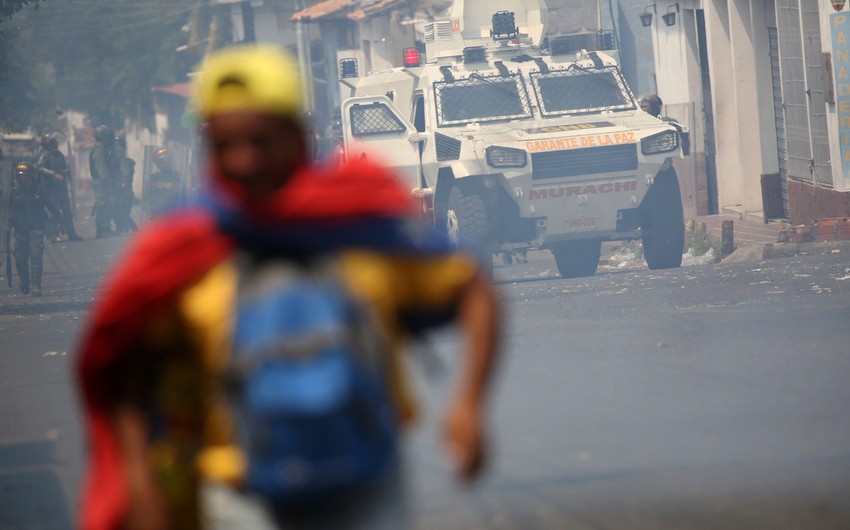 Protesters in the Colombian capital, Bogota, have tried to break into the local Capitol building, where lawmakers gather to discuss the situation around the rallies., Report informs.

“Several minutes ago, we had to evacuate the Congress building to ensure safety as some protesters tried to rush inside. Let us not allow violence to drown out the protest!” lawmaker Mauricio Toro wrote on his Twitter page.

According to Bogota Mayor Claudia Lopez, some protesters tore down the Capitol fence, but a special police force managed to oust them. The mayor also called on members of Congress to engage in dialogue with young people about such violence.

Notably, At least 31 people have died, 1,220 more have been injured, and 87 have gone missing within a week of protests in Colombia.

Risks to the outlook of the Azerbaijani economy are broadly balanced, although uncertainty about the…

“The signing of the Shusha Declaration is, on the one hand, an unequivocally important, significant,…

Cooperation between the EU and Azerbaijan is beginning to actively spread to the regions. Through…