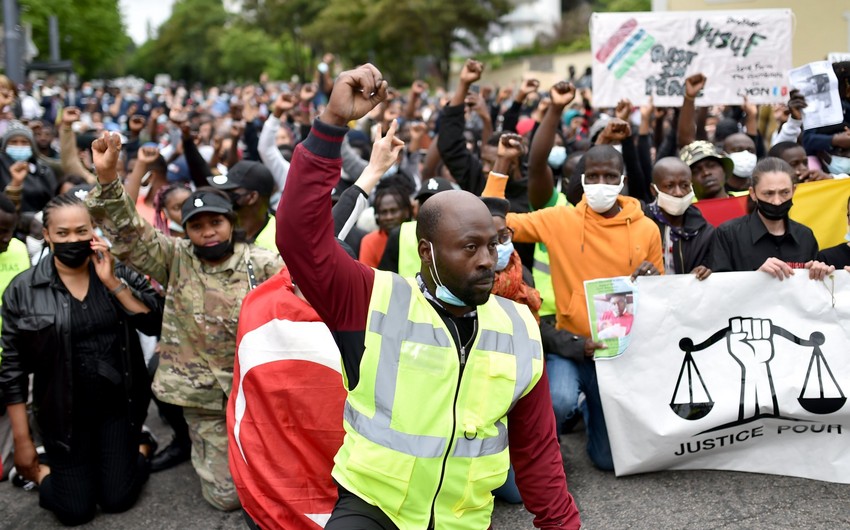 A protest rally was held in the French city of Saint-Etienne over the murder committed by three Armenians.

According to Report, three Armenians, aged 28, 32, and 63, stabbed a 26-year-old Gambian man to death with four knives. The incident occurred in front of local residents.

The cruelty of the Armenians is clearly seen in the video taken by residents and shared on social networks. In the video, a young Gambian, who could not keep his balance due to the knife wounds, is attacked and kicked by an Armenian.

The incident took place on racist grounds. Africans protested against the crime committed by Armenians and demanded justice for the murdered Gambian Yusuf. The mayor of Saint-Etienne also took part in the demonstration.

Armenians, who are constantly crying and trying to portray themselves as miserable, can no longer hide their terrorist traits and actions.