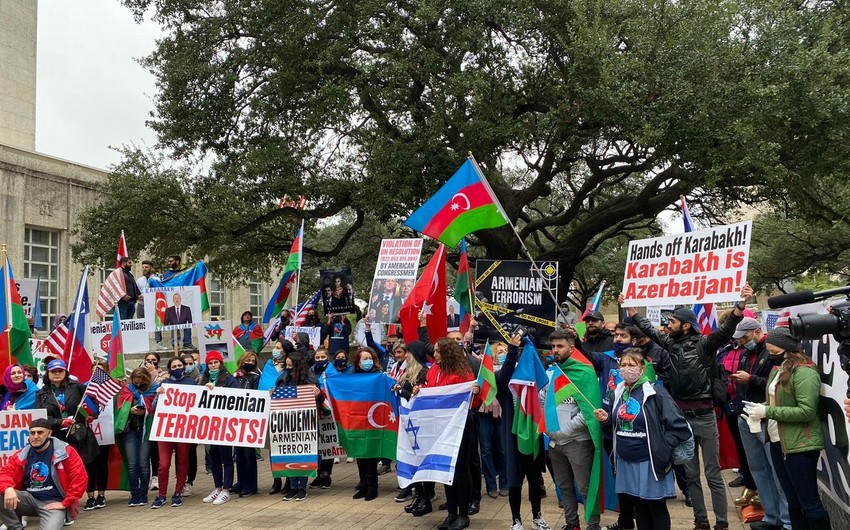 Members of the US Azerbaijani community in Houston, Texas, protested against Armenia’s aggression and held a rally in support of the Azerbaijani Army.

Report’s correspondent informs that during a rally before the Houston City Hall, community members condemned Armenia’s latest rocket attack on the Azerbaijani city of Barda, Yerevan’s policy of genocide against innocent civilians. The rally participants urged the US administration to recognize Armenia as an aggressor country. They said Karabak is a historical Azerbaijani land and conveyed to Americans the truth about Azerbaijan.

The protesters noted that the occupied territories were not “disputed” but internationally recognized ancient Azerbaijani lands.

The rally also informed about the ballistic missile strikes of the Armenian armed forces on Ganja, Mingachevir, and other settlements. More than 300 community members attended the event.

Moreover, members of the Azerbaijani community raised the flags of Israel, Pakistan, Turkey, and Ukraine and thanked them for their support of Azerbaijan.