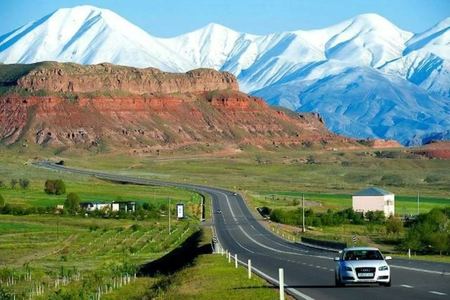 The restoration of transport communications between the Nakhchivan Autonomous Republic and the rest of Azerbaijan lays the foundation of a new stage in the region, said Azerbaijani MP Aydin Huseynov, Trend reported.

He noted that a new stage in the development of the Nakhchivan Autonomous Republic, which occupies an important position at the junction of East and West, will begin in the post-blockade period.

“This region, being an important component of the socio-economic development strategy implemented in our country, will be included in the unified development programs. The implementation of the planned measures will lead to the sustainable development of the non-oil sector in Nakhchivan, the growth of utilities, social infrastructure in the regions, an improvement in the business environment, an increase in investment, the creation of new enterprises, jobs, and, as a result, the expansion of employment,” the MP said.

According to Huseynov, this will create a broad platform of cooperation with all countries of the region, an atmosphere of trust for close economic relations.

“This will be an open door for broader and more diverse communications and projects that will benefit the entire region. The restoration, as well as the construction of new transport and communication lines, will give Nakhchivan a new breath, Azerbaijan will establish a direct connection with Turkey through Nakhchivan. Thanks to this, Azerbaijani-Turkish economic relations will expand, transportation of goods will become easier and more convenient. As a result, the development of Nakhchivan as a central logistics hub will accelerate even more,” the MP noted.

“By ending its occupation policy and the policy of territorial claims, Armenia will be able to use this corridor and receive revenues from transit supplies. This, in turn, means a solid foundation for peace and stability in the region. Thus, Azerbaijan, as a reliable center of political power, will further strengthen its positions, ensure the diversification of economic and investment resources, playing a leading role in the regional transport and logistics hub. At the same time, the Nakhchivan region with its rich economic resources, nature, tourism potential, transport and logistics capabilities, climatic features will have the opportunity to become an international investment and attractive tourism zone,” Huseynov added.