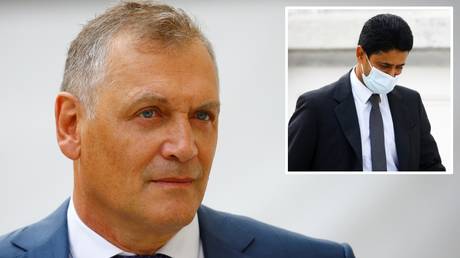 Prosecutors in the trial of ex-FIFA secretary general Jerome Valcke and PSG president and chairman of beIN Sports, Nasser Al-Khelaifi, have called for both men to be given jail sentences for corruption over World Cup TV rights.

Valcke has already been banned for 10 years by FIFA’s ethics committee for 10 years for ethics violations, has been charged with accepting bribes, aggravated criminal mismanagement and falsification of documents, while Al-Khelaifi, who also sits on the executive committee of European football administrators UEFA, has been charged with inciting Valcke to commit aggravated criminal mismanagement. (RT)