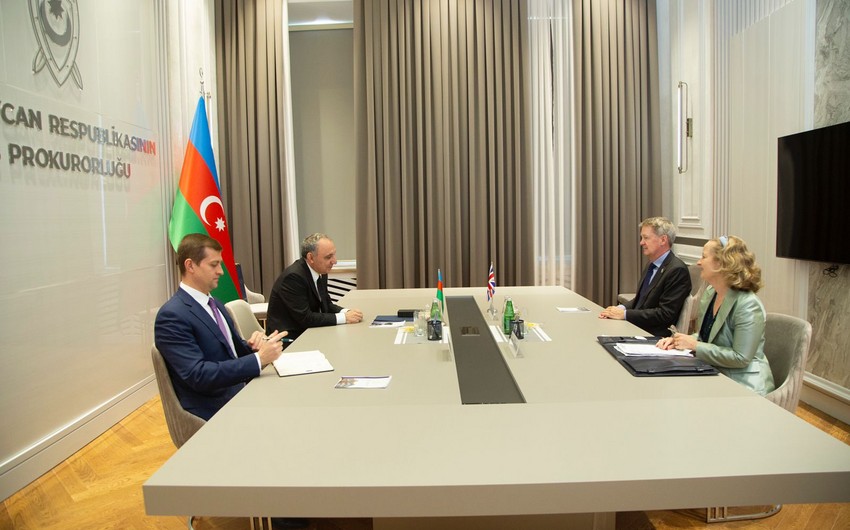 On August 10, Prosecutor General of Azerbaijan Kamran Aliyev met with Ambassador Extraordinary and Plenipotentiary of UK James Sharp, Report informs referring to the press service of the Prosecutor General’s Office.

Kamran Aliyev expressed his gratitude to Ambassador James Sharp, who is completing his diplomatic mission in Azerbaijan, for his effective work, for participation in press conferences and briefings organized by the Prosecutor General’s Office during the Patriotic War, for efforts to establish constructive cooperation between the law enforcement agencies of the two countries.

Expressing gratitude for the warm welcome, Ambassador Sharp touched upon bilateral ties and noted that the UK attaches great importance to relations with Azerbaijan and that these relations are developing successfully.

Then, an exchange of views took place in connection with the attack by a radical religious group on the administrative building of the Azerbaijani Embassy in London on August 4. The importance of conducting an investigation into the criminal case initiated by the General Prosecutor’s Office of Azerbaijan, within joint cooperation with the relevant authorities of UK, was noted.

A number of other issues of mutual interest were discussed at the meeting.