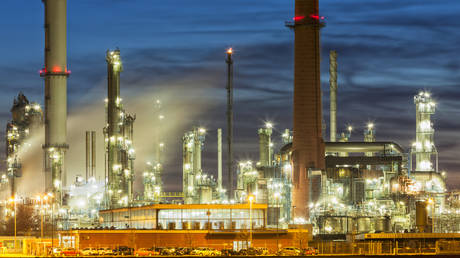 The Group of Seven (G7) is considering setting a price cap on Russian sea-borne oil in the range of $65-70 per barrel, Reuters reported on Wednesday.

EU leaders gathered on Wednesday to discuss the G7 proposal with the goal of reaching a general agreement by the end of the day. The price cap on Russian shipped oil is expected to come into force on December 5, as part of sanctions introduced by the US, the European Union and their allies.

“The G7 apparently is looking at a $65-70 per barrel bandwidth,” the unnamed diplomat told the agency.

If approved, the measure would bar Western corporations from providing insurance, re-insurance, brokering and financial assistance to cargoes loaded with Russian crude unless they were sold below the agreed-upon price.

It is believed that the measure will prevent Russia from selling its oil for a higher price, as global shipping and insurance giants dealing with trade in crude oil are located in Western countries. At the same time, the indicated price cap would still make oil production in Russia profitable, while avoiding a global supply crunch, as the country’s production costs are estimated at around $20 per barrel.