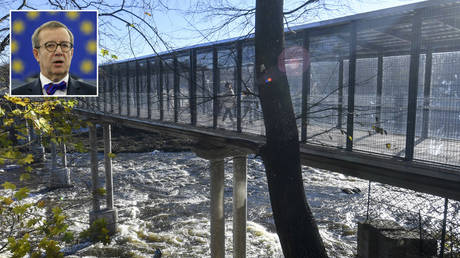 An iron curtain has descended across Europe. Or at least it will if Estonia’s former president is able to convince Brussels to completely close its borders to Russian students, workers and tourists amid growing political tensions.

Toomas Hendrik Ilves, who led the Baltic nation for a decade until 2016, proposed the policy on Saturday. “Maybe there should be a ‘time out’ for any and I mean any visits from Russia,” he said. “Just freeze visas except for family emergencies. It is Europe’s security at stake.”

Ilves, who was raised and educated in the US, served as the head of the Estonian desk for Washington’s state-run overseas media service Radio Free Europe during the final years of the Cold War. He was later appointed as Tallinn’s ambassador in Washington. Since stepping down from his country’s top job, he has taken a number of roles with prestigious think tanks and as a co-chair of the World Economic Forum. (RT)

Azerbaijan’s share in the joint investment fund will be 75%, and Uzbekistan’s will make 25%,…