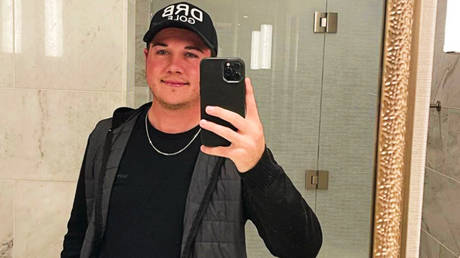 Police have revealed that pro golfer Dan Bowling has been arrested for sending explicit texts to a detective who was posing as an underage teenage girl, with authorities in Orlando describing him as a “dangerous online predator”.

The Canadian, 26, is said to have been chatting up a detective online who he allegedly believed was a 15-year-old since April.

According to Florida police, the conversations “turned sexual in nature” and “intensified quickly” within the first 24 hours of contact between the pair on site AdChat.

The police statement said that Bowling was apprehended in the popular tourist destination “as he arrived to meet up with the decoy” this week.

ARRESTED: A professional golfer was arrested today by our Crimes Against Children detective. Daniel Bowling was taken into custody, as he attempted to meet a decoy posing as a 15-year-old girl. pic.twitter.com/NcepTp4p9g

CORRECTION: Since we first tweeted about this arrest, we have received information that Mr. Bowling is not in the PGA Tour’s top 100.

He was later hit with charges of obscene communication, traveling to meet with a minor and attempted lewd and lascivious molestation, People magazine has claimed.

“I hope news of today’s arrest encourages parents to be more proactive in monitoring their children’s lives online.”

Yahoo Sports reported that Bowling hasn’t competed professionally in golf since 2016 and is also not listed among the Official World Golf Rankings.