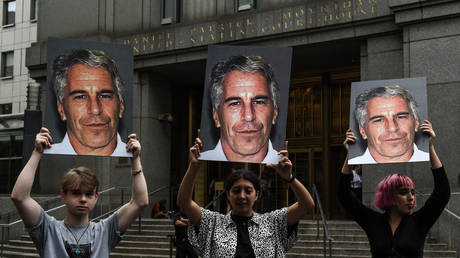 Two prison workers who allegedly slept through notorious sex predator Jeffrey Epstein’s suicide were arrested and charged with falsifying jail records to cover up their failure to check on the prisoner as he died in his cell.

Tova Noel and Michael Thomas face federal charges in connection with the lapse in guarding their high-profile prisoner, according to an indictment filed with Manhattan District Court on Tuesday. They have been arrested and charged with conspiracy and falsifying records. At least one of them was offered a plea deal several days ago but turned it down, according to CNN. (RT)