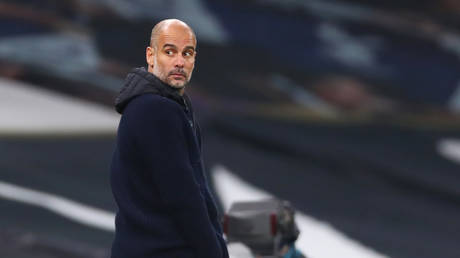 Guardiola's team were beaten in London on Saturday. © Reuters

Losing at the home of a bitter managerial rival to leave your team languishing in 12th in the table was not the ideal way for Pep Guardiola to mark his two-year contract extension at Manchester City.

That was happened as City lost in London on Saturday to a resolute Tottenham team which took their chances and defended in the compact, well-drilled manner that is the hallmark of any good Jose Mourinho team.

City had more of the ball – as they always tend to – but did precious little with it. They had a first-half finish by Aymeric Laporte ruled out by VAR for a handball by Gabriel Jesus, but apart from that looked toothless against the ranks of the Spurs defense.

As all-too often this season, City lacked their usual spark. Kevin De Bruyne failed to impose himself and continues to look out of form. Up front, City are badly missing the cool, clinical edge of the injured Sergio Aguero. Jesus is an able understudy, but is not ready to carry the weight of expectation as the team’s main purveyor of goals.

At the back, City looked characteristically easy to carve open, particularly on the break. Son Heung-min ghosted into space with embarrassing ease for Tottenham’s opening goal, but it was the second from Spurs which was a classic case study of City’s lingering defensive woes.

Collecting the ball in his own half, Harry Kane drove forward at pace, with options in front of him in the form of Son and Steven Bergwijn. City had numbers back, but simples runs by Bergwijn and Son across the backline caused havoc, dragging each of Ruben Dias, Laporte and Joao Cancelo out of position, opening up space for the rampaging Giovani Lo Celso to arrive on the left flank and slot the ball past Ederson.

Guardiola had jibed at Jose Mourinho before the game that the Portuguese must be a “doctor” after his complaints that Raheem Sterling had been rested from the England squad, but this was a surgical masterclass from Mourinho’s men.

Spurs had two attempts on target all game and scored both. In stark contrast, Pep’s pedestrians were easy to figure out in attack and even easier to pick apart in defense. They had 22 efforts in total – but only five on target. Hugo Lloris was rarely tested in the Spurs goal.

Afterwards, Guardiola would complain that Mourinho and Spurs has benefited from the “perfect scenario.”

“We concede a goal after five minutes, we knew Kane would drop, Bergwijn and Son run in behind, we could have done better,” the Spaniard lamented.

But it was an ideal scenario of Spurs’ own making, and one masterminded by the tactical nous of Mourinho.

Just as Leicester did to spectacular effect in their 5-2 mauling of the boys in sky blue earlier this season, Spurs had exposed the frailties of City’s possession-heavy approach which so often leaves them vulnerable on the counter.

Yes, we are only eight games into the season, but with 12 points from those eight matches this is City’s lowest tally at this stage of a Premier League campaign since the 2008-09 season. Their return of 10 goals from eight outings is their worst at this stage since 2006-07.

Guardiola would point out with some justification that this is shaping up to be a “weird season” as games echo on behind closed doors, and with a fast and furious timetable likely to place unprecedented strain on players. But everyone in the same boat in that respect.

Perhaps most concerningly for Guardiola, City seem shorn of the high-energy approach that has characterized his teams since he arrived in England. The stats bear that out: City are pressing less intensely without the ball, with their ‘opposition passes allowed per defensive action’ (PPDA) dropping markedly so far this season.

They risk going from City slickers to City slackers. 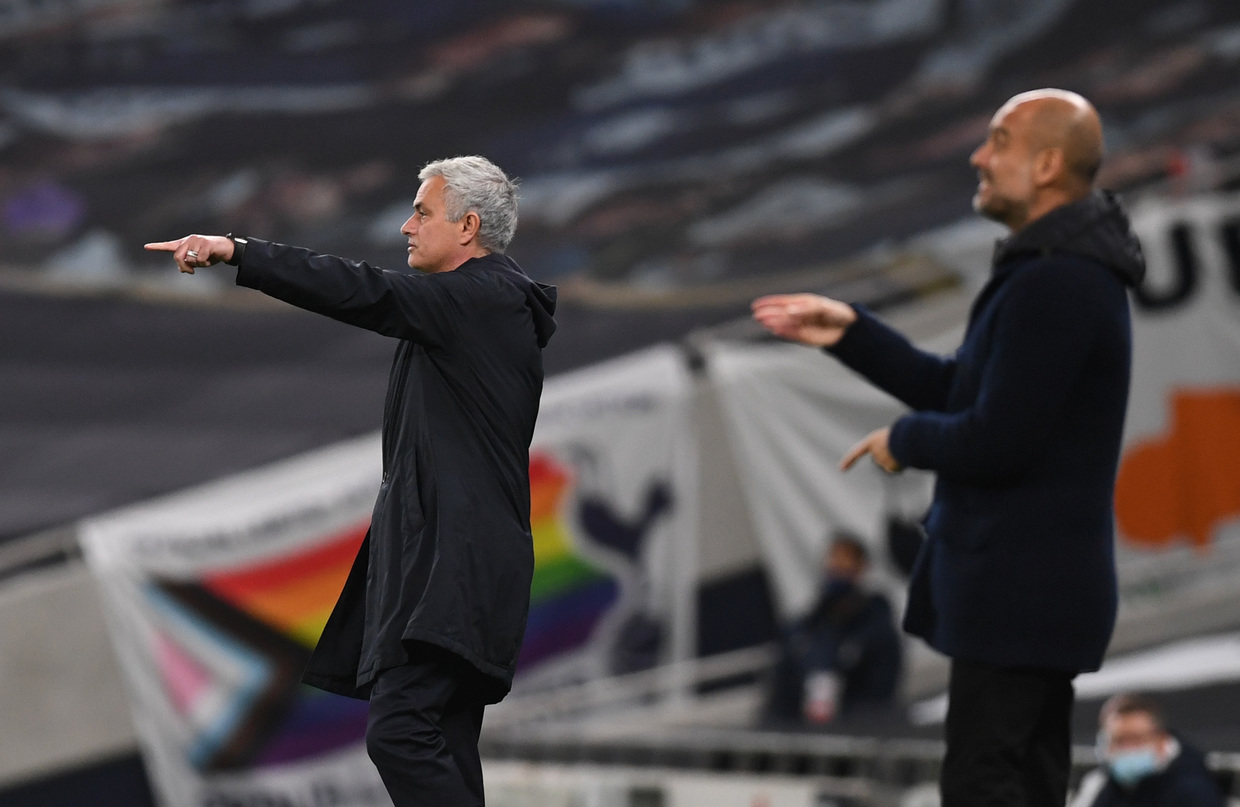 Tottenham, in contrast, are riding high and are part of a group of potential usurpers – most notably including Chelsea and Leicester – which might fancy their chances of upsetting the City-Liverpool duopoly which has reigned supreme in recent years.

Mourinho’s stock is rising with an initially wary Spurs faithful, while the scrutiny will only intensify on managerial rival Guardiola after the kind of tepid performance City produced in the capital on Saturday.

Guardiola, 49, is already into his fifth season at City – unfamiliar territory for a man whose longest tenure thus far has been the four campaigns he led at Barcelona. His new contract extension, announced last week, will take him to seven years – an almost inconceivable length of time for a manager who famously pours so much energy into his work that it leaves him teetering on the brink of burnout.

When Guardiola took the City job back in that summer of 2016, he was walking into a set-up tailor made for him. Barcelona ally Txiki Begiristain was already director of football, and the club was itching for the kind of approach that Guardiola would offer.

Guardiola has strong allies elsewhere at the club, and he cited his conversations with City chairman Khaldoon Al Mubarak as a key reason in signing his contract extension. The pair are said to enjoy a personal friendship as well as a professional relationship.

The timing of the contract extension announcement also makes sense, with presidential elections looming at former club Barcelona, Guardiola likely wanted to assert his commitment to City to avoid being dragged into speculation that he could return to the Nou Camp.

After his shaky first season, Guardiola has undoubtedly rewarded his City pay masters spectacularly. The club’s back-to-back Premier League titles in 2018 and 2019 were won on the basis of some of the most free-flowing, free-scoring football that the English top flight had ever seen.

But the firm feeling now is that the cycle is over. City were miles of the pace behind Liverpool last season, and the early signs are worrying this season. 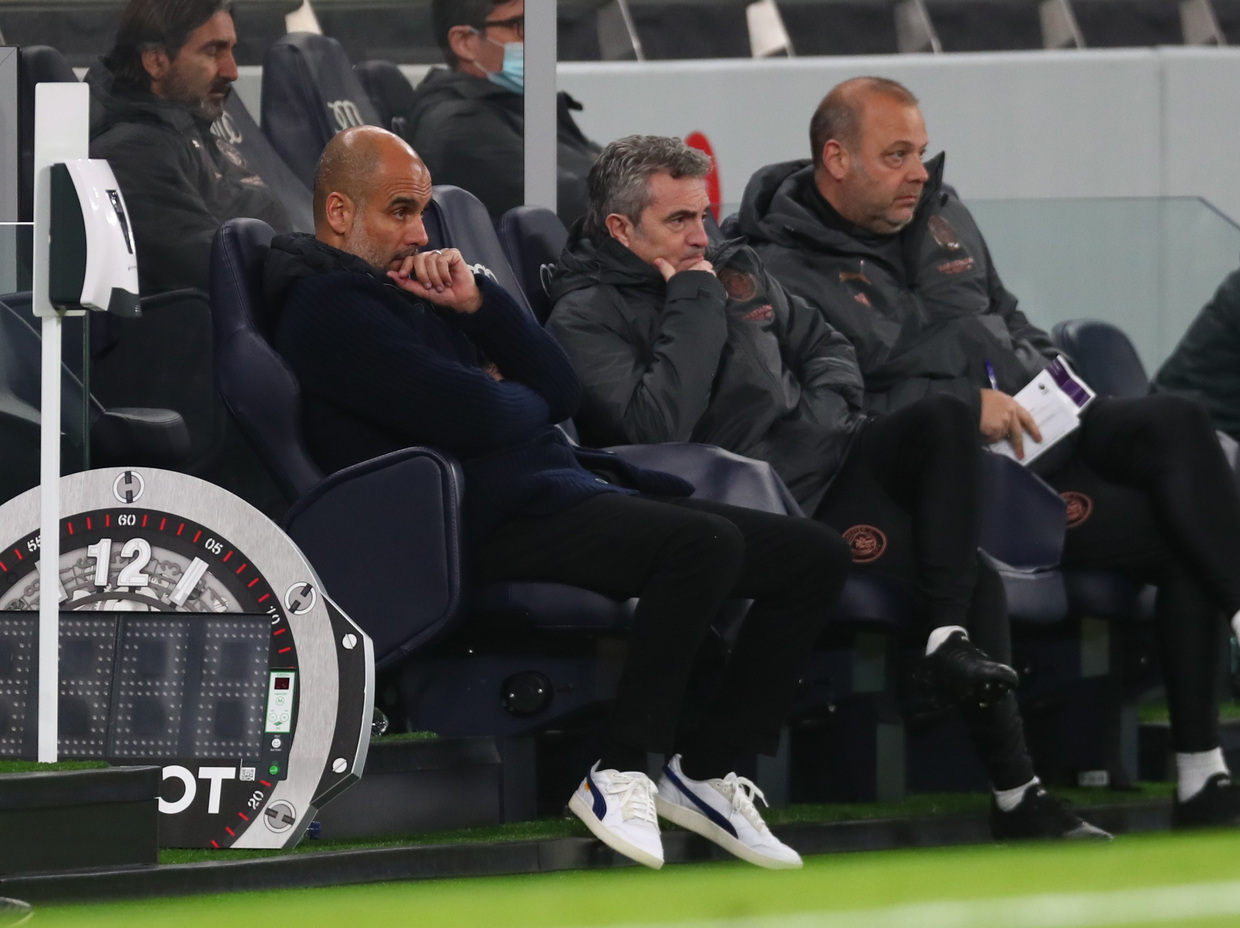 City have started the season in stuttering form. © Reuters

In Europe, Guardiola’s match reports in the business end of the Champions League have become a rap sheet. Last season City shone against Real Madrid in the last 16 before coming undone when Guardiola accentuated the strengths of a supposedly inferior Lyon team in the last eight by making tactical tweaks which blew up in his face. ‘Too clever for his own good’ was the refrain thrown in the Spaniard’s direction.

The danger now for City is that they have become flat and all too predictable. You know what you are getting with them – they will have lots of the ball, but if you defend deep and keep your backline bunched and solid, they won’t have the ingenuity or the energy to play through you as they once did.

Guardiola’s backers will argue that personnel is the problem, that key players are out of form and that City are missing the spark of long-time stalwart David Silva.

There is some truth in that. Aguero and his goals would be a big miss for any team, and his return to full fitness can’t come soon enough; elsewhere, the likes of Bernardo Silva have been a far cry from their best. This is a rebuilding project for Guardiola as he remodels his defence and gives more game time to the likes of Jesus and Phil Foden, the heir apparent to Silva.

But defeats such as the one at Spurs on Saturday indicate a failure of system, not just personnel. Spurs were well set up and knew exactly where City’s weaknesses lie; there was no sign of a Plan B from the visitors. 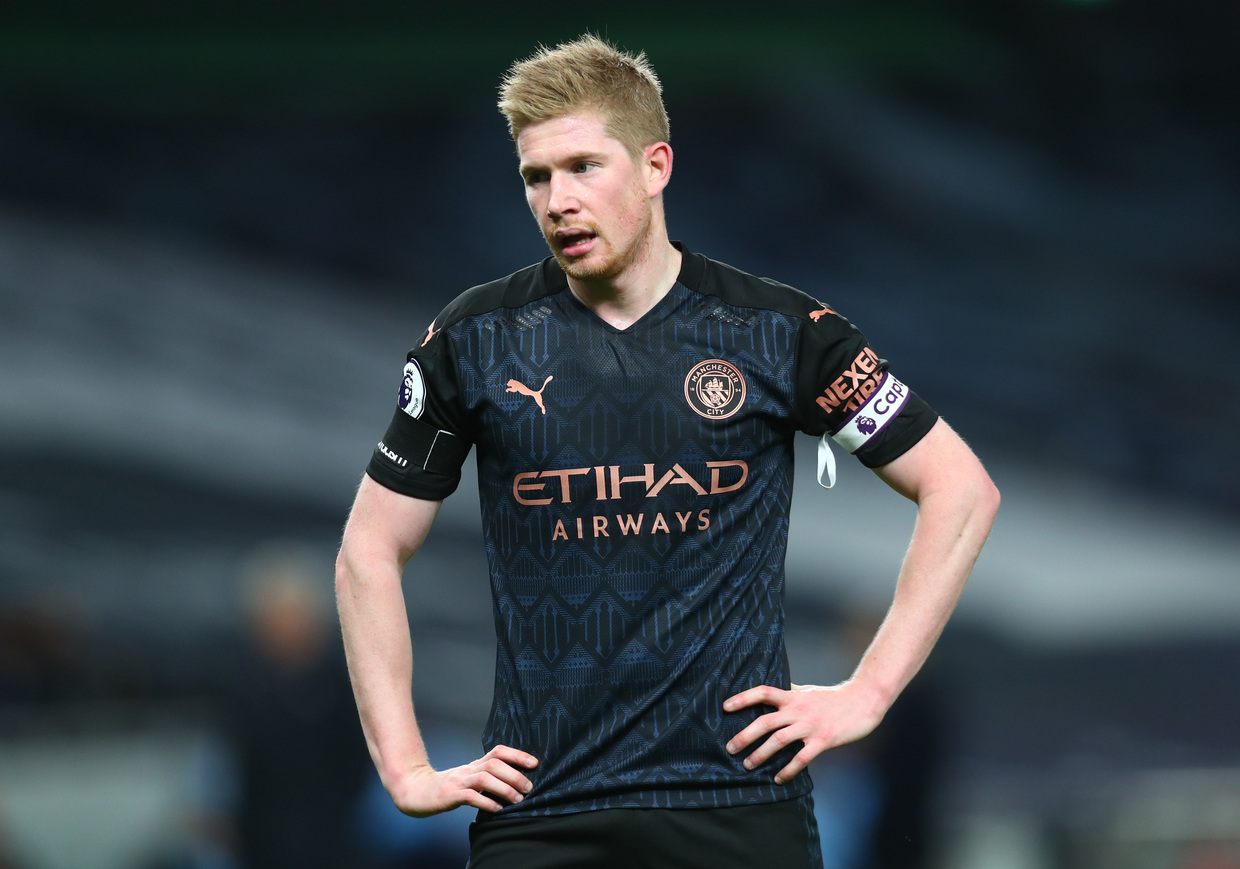 De Bruyne was among the City players not at his best against Spurs. © Reuters

Returning to Guardiola’s old nemesis Mourinho, a barb which the Portuguese has often slyly thrown out is that you are not “a good manager” unless you’ve been sacked at some point. Guardiola is yet to taste that ignominy in his glittering coaching career, always leaving teams on his own terms.

But if Manchester City are increasingly flat and increasingly found out by their opposition, as they were against Mourinho’s Spurs, then this could be a long season for them – and another two years under Guardiola might not be the alluring prospect it once was.

“After the return of 194 children living in Iraqi prisons and orphanages, who are citizens…