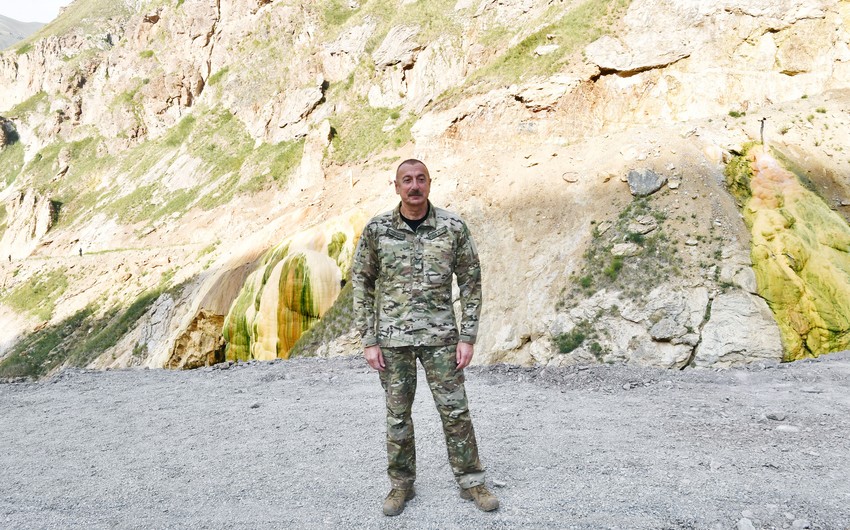 “Yet another myth was associated to their so-called “military commanders”. They were saying that there were prominent generals and commanders in Armenia capable of fulfilling any military task. We saw that their generals are thieves, sellers of soldier’s stew and traitors. Their commanders are also cowards and deserters. Khojaly executioners Kocharyan, Sargsyan and Ohanyan poked into Karabakh during the war. They were there. But when they saw that the victorious Azerbaijani Army was heroically liberating our lands, they fled and hid. They should be asked why they left. They were in Khankandi, all three of them. Why did you run away? Why did you go into hiding?” said President Ilham Aliyev as he addressed a ceremony to raise the state flag in the city of Kalbajar, Report informs, citing AzerTag.