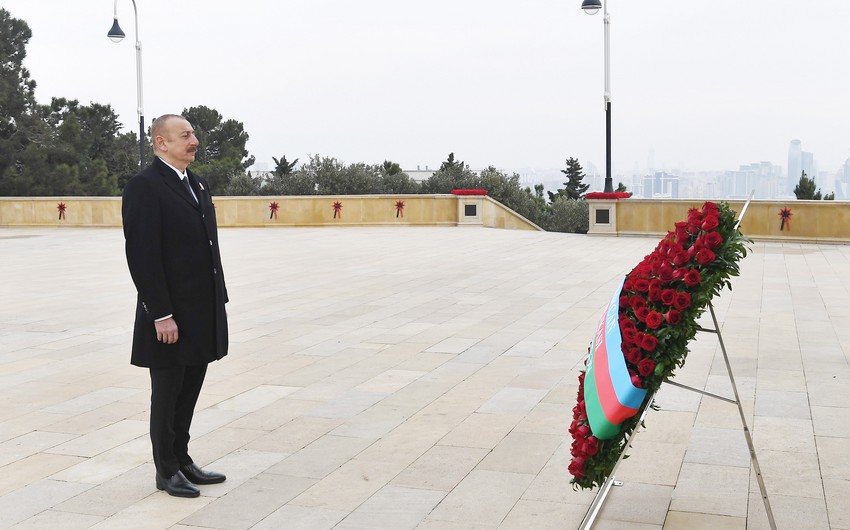 President of Azerbaijan Ilham Aliyev has visited the Alley of Martyrs on the 32nd anniversary of the bloody massacre committed by the Soviet Empire in Baku.

According to Report, the head of state commemorated those who died for the freedom of Azerbaijan.

President Ilham Aliyev has laid a wreath at the Eternal Flame monument.