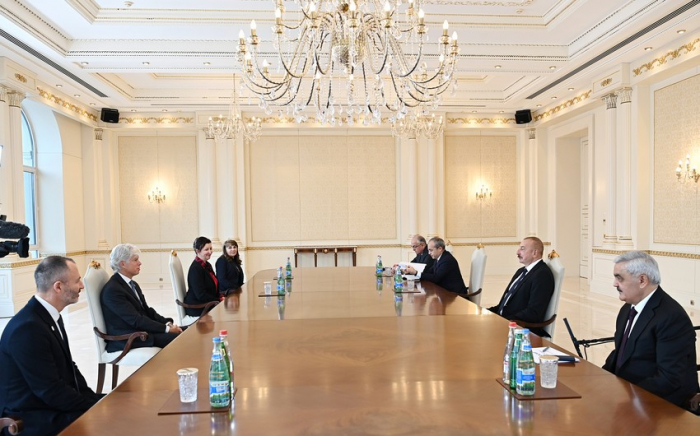 The completion of Arnaud Breuillac’s tenure was noted at the meeting. The head of state hailed his contribution to the cooperation between Azerbaijan and Total.

Arnaud Breuillac expressed his gratitude to President Ilham Aliyev for the recognition of his activities.

The sides expressed their hope that the first gas to be produced in the Absheron field in a year would contribute to meeting domestic gas demand due to the development of the industry and the population growth in Azerbaijan, increasing export potential and providing access to new markets, as well as ensuring European energy security.

During the meeting, the sides also exchanged views on relations between Azerbaijan and Total, as well as prospects for cooperation in the field of renewable energy.