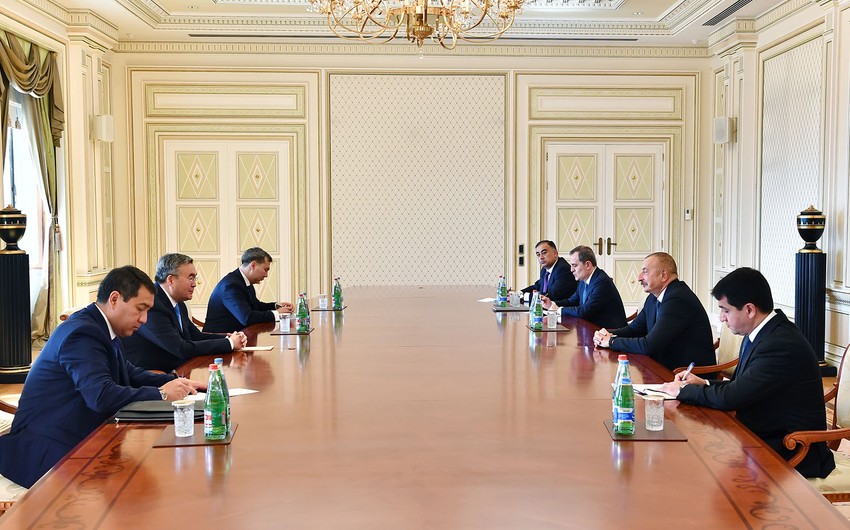 President Ilham Aliyev thanked for the Kazakh head of state’s and the Kazakh first President’s greetings and asked the Deputy Prime Minister to convey his greetings to Kassym-Jomart Tokayev and Nursultan Nazarbayev.

The sides noted that the foundation of friendly and fraternal relations between the two countries had been laid by great leader Heydar Aliyev and the first President of Kazakhstan-Elbasy Nursultan Nazarbayev, adding that this policy is being successfully continued by the Azerbaijani and Kazakh presidents. They emphasized that regular contacts between the presidents created a good basis for the development of bilateral cooperation.

Pointing out economic relations, the sided stressed the importance of developing investment projects and transport corridors. They hailed the importance of increasing the volume of cargo transportation and creating more favorable conditions for the unification of tariffs in the coming years.

It was also mentioned at the meeting that the increase in trade was one of the important issues on the agenda. The sides expressed hope that the turnover would be restored and increased after the pandemic. In this regard, the parties emphasized the importance of diversifying trade and economic cooperation and expanding mutual exports.