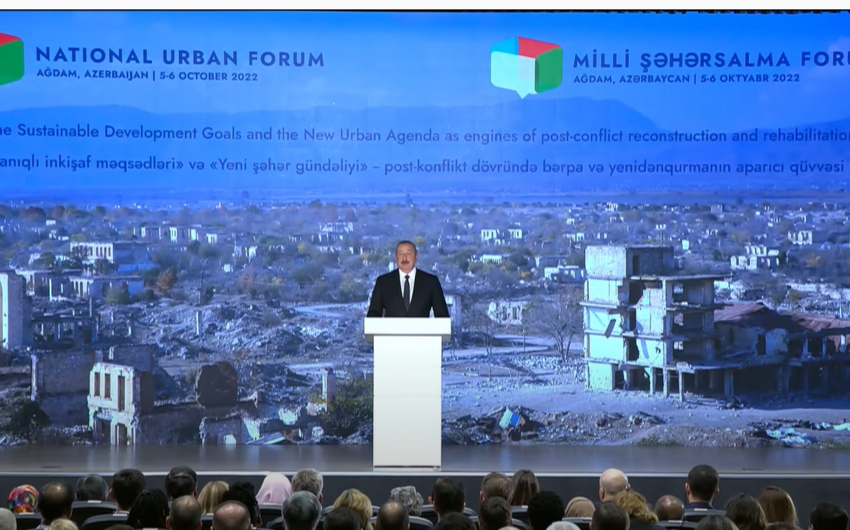 Aghdam was destroyed during the years of occupation, Azerbaijani President Ilham Aliyev said at the opening of the first national urban planning forum in Aghdam, Report informs.

The head of state greeted the forum participants, saying: “Welcome to Aghdam.”

Aghdam was the largest city of Karabakh and it was destroyed during the years of occupation, not during the first Karabakh war, the head of state noted.

He stressed that during the years of occupation, the city was completely destroyed, and the stones of the buildings were stolen and sold.

The head of state noted that Armenians kept pigs and cows in the Juma mosque. He added that this can be seen in every city in the Karabakh region.