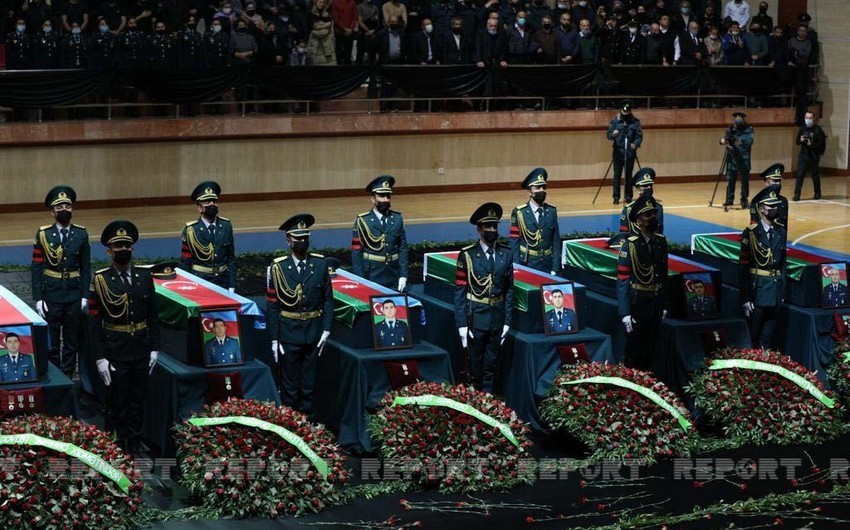 Among the servicemen of the State Border Service (SBS) awarded today by President Ilham Aliyev, there are the names of seven people who died in a plane crash during training flights at the Garaheybat aviation training ground.

The medal For the Motherland has been awarded to

A military helicopter of the State Border Service crashed on November 30, 2021 during training flights at the Garaheybat aviation training ground, located in the Khizi district. As a result, 14 people were killed, 2 were injured. The injured are Lieutenant-Colonel Emil Jafarov and Captain Ramin Adilov.

Astana, Moscow to discuss growing number of arrivals from Russia