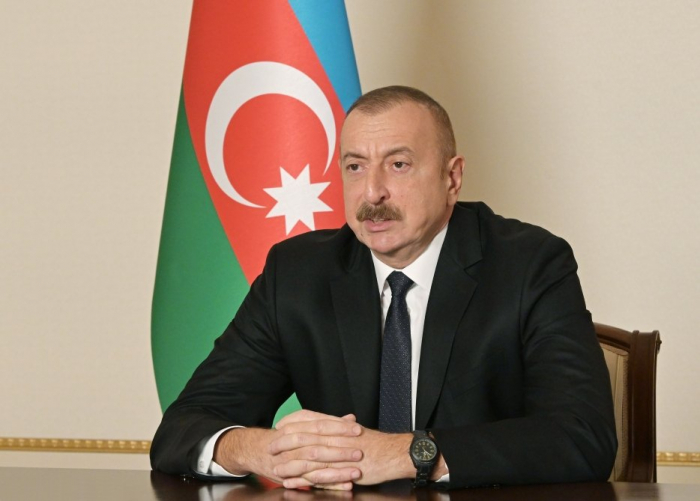 Companies from three friendly countries are already involved in reconstruction projects in Karabakh, Azerbaijan’s President Ilham Aliyev said in a press statement following a meeting with his Belarusian counterpart Alexander Lukashenko in Baku on Wednesday.

President Aliyev said he thoroughly discussed with Lukashenko the future involvement of Belarusian companies in the restoration of the liberated territories in Karabakh in a number of areas, including urban development, infrastructure creation and agricultural development.

“We discussed Belarus’ experience in creating agro-cities both yesterday and today. I informed Lukashenko that Karabakh has been declared a “green energy” zone, and the first “smart village” project is ready for implementation. Of course, given the experience of Belarus in this area, it would be very interesting to work in this direction,” the head of state said.

The president noted that only companies from friendly countries will be involved in the restoration of the liberated Azerbaijani territories.

“Belarus is such a country for Azerbaijan. Companies from three friendly countries are already involved in reconstruction projects in Karabakh. We hope that the fourth country will be Belarus. We have already agreed on arranging the visits of members of the Azerbaijani government to Belarus to continue consultations in this area,” the Azerbaijani leader added.