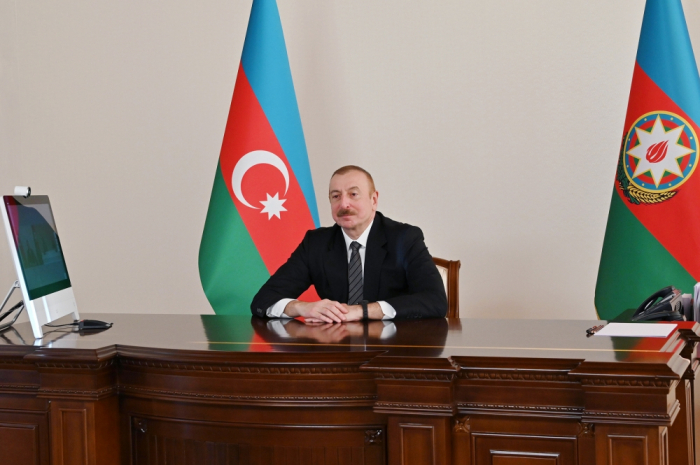 Relations between Azerbaijan and Pakistan have a long history, said Azerbaijani President Ilham Aliyev as he received in a video format a delegation led by Chairman Joint Chiefs of Staff Committee Pakistan, General Nadeem Raza.

The head of state stressed that Pakistan is one of the few countries not to build diplomatic ties with Armenia and has not recognized this country as a state due to the occupation of Azerbaijani lands.

President Aliyev said the Azerbaijani people are aware of Pakistan’s attitude and highly appreciate it.

Azerbaijan, in turn, always supports Pakistan in all matters, including the Kashmir issue, said the president, adding. “This support is provided by Azerbaijan at the UN, the OIC and other international institutions.”

The Azerbaijani leader also emphasized the importance of focusing on bilateral ties in the economic sphere.

“We hope that Pakistan will join the existing and emerging transport routes through our country. Thus, we will expand our cooperation in this area as well,” he said.