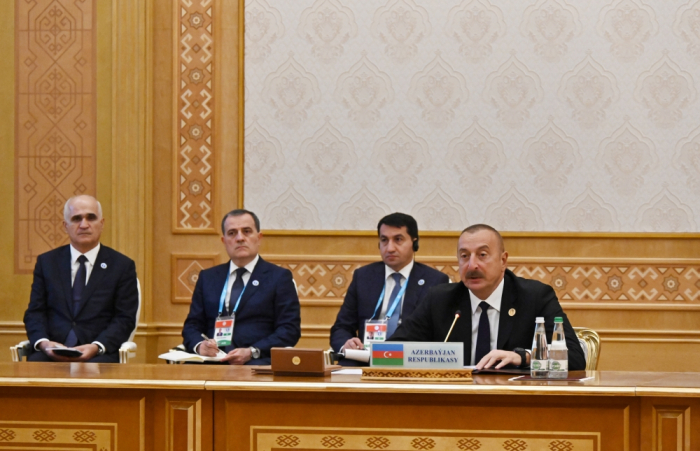 Azerbaijan is one of the significant transport and logistical centers of Eurasia now, President Ilham Aliyev said as he addressed the 6th Summit of the Heads of State of the Caspian littoral states.

The head of state noted that Azerbaijan plays an important part in the development of East-West and North-South international transport corridors.

“We are making effort to effectively use the Trans-Caspian International Transport Route. This will make it possible to use the transport potential of the Caspian littoral states to the maximum extent and contribute to the implementation of new projects for the development of transport infrastructure,” he said.

President Aliyev pointed to an annual increase in cargo transportation through the territory of Azerbaijan along the East-West and North-South routes.

“The volumes of transit cargo going through the new international trade seaport of Alat are increasing. The construction and commissioning of this port has become another important contribution of Azerbaijan to the development of transport and logistical infrastructure in the Caspian Sea,” he added.