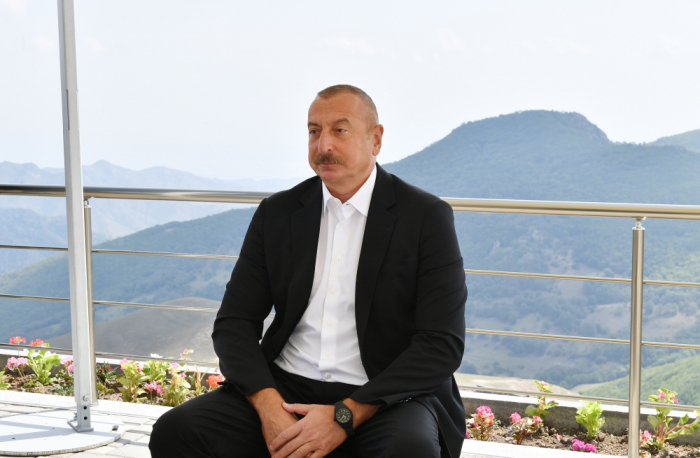 In an interview with Azerbaijan Television, President Ilham Aliyev commented on the EU’s decision to allocate 2.6 billion and 2.3 billion euros to Armenia and Georgia respectively, and no funds to Azerbaijan.

“When it comes to Azerbaijan, a figure of 150 million euros was voiced, but we were not specifically told what this figure is, when the funds will be provided, whether they will be provided, and on what conditions,” he said.

“Of course, I consider this position is unfair because Azerbaijan is the largest country in the South Caucasus in terms of territory, population and potential. Until now, such large funds have not been provided to the countries of the South Caucasus. That is, this suggests that these funds are provided precisely after the war. That is, the reason for providing these funds is war. Otherwise, why did not provide funds 30 years ago? Why now? If so, then Azerbaijan is the country most affected by the war. These funds should be provided to Azerbaijan,” President Aliyev added.

Read more:   People with diabetes must be vaccinated without fail

The head of state pointed out that the Azerbaijani territory of 10 thousand square kilometers was completely destroyed by Armenian vandals.

“Hundreds of thousands of landmines were planted, all buildings, including historical ones, and all infrastructure was destroyed. However, the money is provided to Armenia. Is there any destruction in Armenia? No. Have we planted mines there? No. Was there a country that suffered to such an extent from the occupation? No. Of course, this is unfair. Of course, an exchange of views took place on this issue. The answer was that Azerbaijan didn’t need funds,” he said.

The president stressed that no one offered Azerbaijan funds.

“First of all, no one offered us, offer us and I will say whether we need them or not. Despite the fact that no one offered us, they say that Azerbaijan does not need funds. Shouldn’t we rebuild the liberated lands? There is a need for billions of dollars, are they falling from the sky?” he added.

President Aliyev noted that Azerbaijan is a transparent country, and its financial resources are also known.