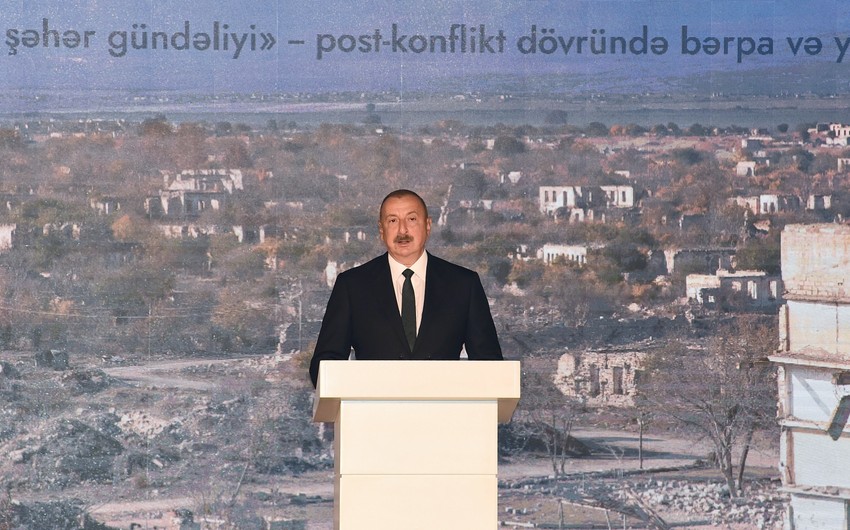 Highways and rural roads are currently being built in the liberated territories of Azerbaijan, Azerbaijani President Ilham Aliyev said at the opening of the First Azerbaijan National Urban Forum in Aghdam, Report informs.

According to the head of state, thirty-three tunnels and 84 new bridges will be constructed on the territory of Karabakh and Eastern Zangazur,

Under the approved investment plan, 33 tunnels with a total length of more than 50 kilometers, as well as 84 new bridges with a length of 12 kilometers, will be built in the territories of Karabakh and Eastern Zangazur liberated from occupation, President Aliyev said.