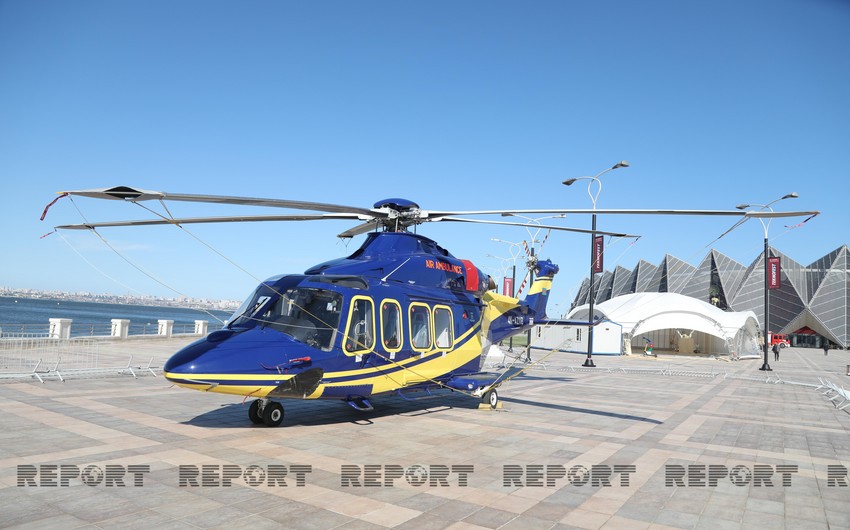 Preparations for the TEKNOFEST Azerbaijan Aerospace and Technology Festival to be held in our country on May 26-29 are nearing completion, Report informs.
The companies’ stands are being installed in the Baku Crystal Hall, where the festival will be held.

As part of security measures, ambulances and helicopters, as well as fire protection equipment, were brought to the area.

The event has been organized annually by the Turkish Technology Team (T3 Foundation) and the Ministry of Industry and Technology of the Republic of Turkiye since 2018.

The festival is expected to be attended by more than 200,000 visitors (nearly 500 foreigners from 33 countries) during the four days.

287 startups from 32 countries (101 of them were Azerbaijani startups) applied for participation in the festival. Of them, 50 startups, including 15 from foreign countries (USA, Argentina, Estonia, Jordan, Egypt, Pakistan, Turkiye) and 35 local, qualified for the finals.

In a total of 10 technology challenges, among them Smart Karabakh Hackathon, European Esports Championship Baku 2022 will have a place within the framework of the Teknofest Azerbaijan.

A meeting of ICT ministers of the Organization of Turkic States will be held on May 26 as part of the festival. The following countries have been invited: Azerbaijan, Turkiye, Kazakhstan, Kyrgyzstan, Uzbekistan, Turkmenistan, and Hungary. The Secretary-General of the Organization is expected to sign a protocol on the meeting results.