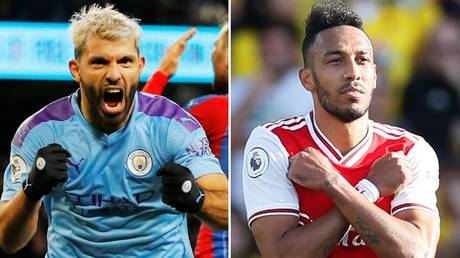 Manchester City and Arsenal are set to restart the Premier League in the rearranged version of the first game canceled in the UK because of COVID-19, with all 20 clubs said to have reached an agreement in principle on Thursday.

Sheffield United, who took part in the last top-level British fixture played in June more than 70 years ago, will also travel to strugglers Aston Villa as part of the first two matches before a full round of fixtures planned for the weekend of June 19-21.

Clubs are yet to fully confirm the schedule, but have earmarked the restart after voting to return to contact training this week.

Should the plans go ahead, it will have been more than 100 days since Villa lost 4-0 to Leicester City on March 9, four days beforethe Premier League was halted as the outbreak in Britain worsened.

Arsenal coach Mikel Arteta’s infection with the virus caused the postponement of his side’s trip to Brighton the following weekend and sparked the suspension of the league just as runaway leaders Liverpool were on the brink of winning their first title since 1990.

The Reds could seal the trophy in their first game back should second-placed City lose at home to the Gunners, but their 25-point lead at the top of the table means their title triumph is little more than a formality.

Chris Wilder’s Blades will continue their challenge for a European place, having taken part in another piece of footballing history when they hosted Stoke on June 14 1947 – the last top-level action in June.

Stringent tests and measures are already in place at all clubs as part of Project Restart, which has produced 12 positive results for COVID-19 from a total of 2,752 tests. (RT)