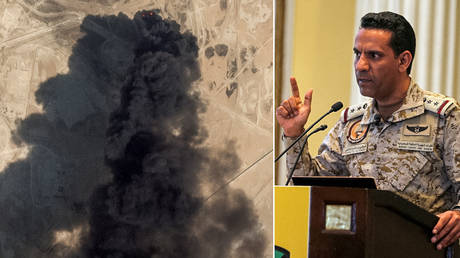 Speaking at a press conference in Riyadh on Monday, coalition spokesman Colonel Turki al-Malki said the attacks were still under investigation, but said early findings pointed to Iranian involvement.

“The preliminary results show that the weapons are Iranian and we are currently working to determine the location… The terrorist attack did not originate from Yemen as the Houthi militia claimed,” al-Malki said, adding that the coalition would soon reveal the location from where the drones were launched. (RT)