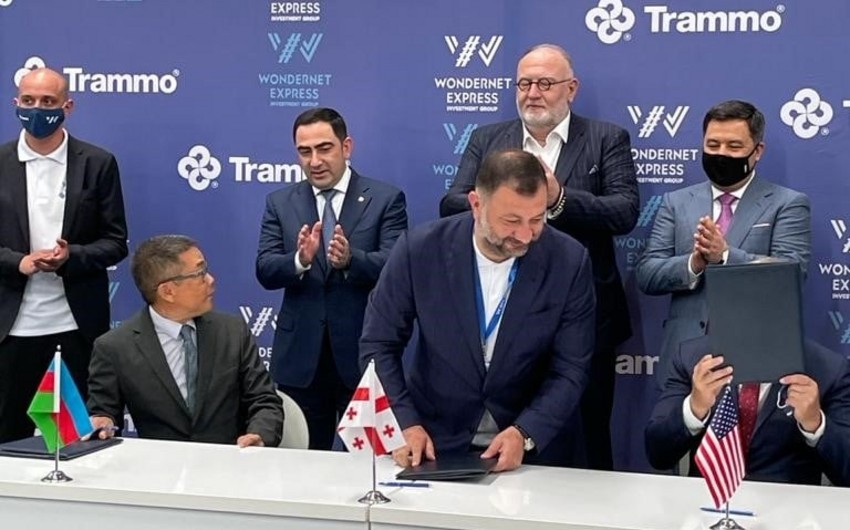 According to the document, the sides intend to expand cooperation in the field of transport, logistics, and information exchange to accelerate the export of urea, sulfur, and other minerals from Central Asia in order to increase further the potential of the Trans-Caspian International Transport Corridor (the Middle Corridor). It was also agreed to establish a digital connection between the Fertilizer Terminal, which is under construction at the Port of Baku, and the Batumi Multimodal Fertilizer Terminal, which was put into operation today in Batumi, for accurate transmission of cargo and wagon data. The document signed between the three organizations fully meets the changing trade and logistics trends in the region. In Central Asia, the joint annual production of Turkmenistan, Uzbekistan, and Kazakhstan is more than 6.6 million tons. In Turkmenistan alone, the recently commissioned Garabogaz Fertilizer Plant on the eastern shores of the Caspian Sea has an annual production capacity of more than 1.2 million tons of urea, more than 90% of which is exported.

The Fertilizer Terminal built by the Port of Baku and the Multimodal Fertilizer Terminal, which was inaugurated today at the Port of Batumi, will have the capacity to handle about 2.5 million tons of cargo a year, which will have a significant impact on the growth of freight on the Trans-Caspian International Transport Corridor.
The Memorandum of Understanding was signed by Eugene Seah, Chief Operational Officer of the Port of Baku, Edward Weiner, President & CEO of Trammo Inc., Mamuka Murjikneli, General Director of “Wondernet Express Investment Group” LLC. General Director of the Port of Baku Taleh Ziyadov, the founder of “Wondernet Express Investment Group” Dimitri Abdushelishvili, were also present at the ceremony. MoU signing took place within the official inauguration of the Batumi Multimodal Fertilizer Terminal. It was attended by Minister of Economy and Sustainable Development of Georgia Natia Turnava and other representatives of the government, local authorities, and the diplomatic corps accredited in Georgia.