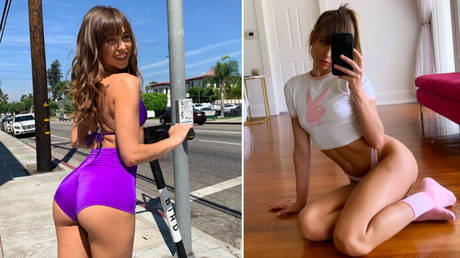 Reid has been vocal about her support for the protests that have sprang up in the wake of the killing of George Floyd by Minneapolis police officers. The 28-year-old has repeatedly used her popular social media accounts to express support for the movement and to raise questions about police treatment of demonstrators.

The adult entertainment star has also shared a black and white image showing civil rights leader Martin Luther King Jr. presenting her great grandfather with a letter thanking him for his activism.

“I love this photo because it shows the unity of people when we work together on how things can change. We need to be better and I want to be as strong as my great grandfather who risked his own job and life to help people when they needed it the most,” Reid said on Instagram. (RT)