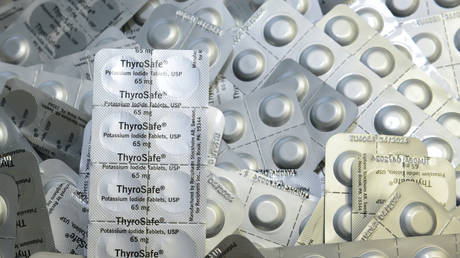 Polish teachers have been asked to hand out iodine anti-radiation pills to students in case of emergency. Local officials say they are preparing for a potential nuclear incident, adding though that such a scenario is rather unlikely.

Marek Plesniar, the head of the National Association of Educational Management Staff (OSKKO), told newspaper Rzeczpospolita on Friday that teachers have been instructed that, in case of an emergency, they would have to hand out potassium iodide pills, which help to prevent radiation poisoning.

He added that some were told they would have to distribute the pills within six hours following an alert.

Read more:   Xi, Macron unite on climate after US withdraws from Paris pact

Warsaw City Hall spokesman Jakub Leduchowski told the paper that authorities are making preparations for a possible nuclear threat. He stated, however, that at present “the risk of a radiation event is minimal.”

Poland and Ukraine share a border. The Polish Interior Ministry said on Monday that potassium iodide pills were sent to regional fire departments after “media reports of fighting near the Zaporozhye Nuclear Power Plant” in southern Ukraine. 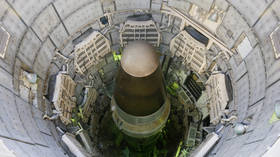 Russian troops seized Europe’s largest nuclear power plant shortly after Moscow launched a military operation in late February. Moscow and Kiev have since accused each other of shelling the facility, which continues to operate with local staff.

Officials in the city of Energodar, which is close to the plant, said on Tuesday that its cooling system was damaged in the shelling.

The Russian-held parts of the Zaporozhye Region are among the territories that are holding a five-day referendum on joining Russia, which began on Friday. Ukraine and the West consider the vote illegal and said they will not recognize the result. (RT)