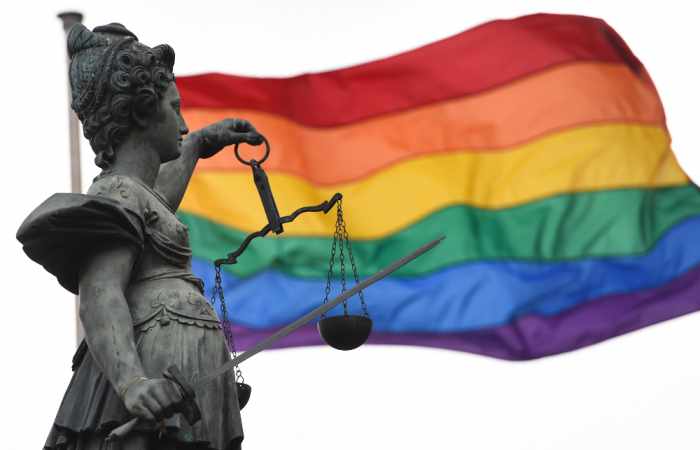 Hours before the September 15 march began, more than 100 far-right activists gathered, some holding Orthodox Christian banners and crosses and singing religious songs. Police scuffled with several after they refused to move from the route of the march, and at least five people were detained.

Prime Minister Ana Brnabic, who is a lesbian, and her partner joined activists in the march.

Many carried rainbow flags and flags of the European Union, and banners saying “We do not decide about your marriages,” “Queers against Capitalism,” and “I will not be silent.”

“We still do not have 10,000 people, nor millions of people, but many young people who are afraid are watching this and we are encouraging them,” said Marko Mihailovic, one of the march organizers.

In 2010, activists tried to stage the first such march in Belgrade, but the effort was thwarted by violence and riots. In 2014, organizers successfully held a march, and the event has been held annually since.