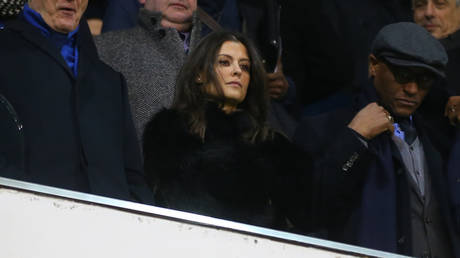 A football agent is reportedly under investigation from UK authorities amid an alleged blackmail plot Marina Granovskaia was a key figure at Chelsea during the Roman Abramovich era. © Catherine Ivill / AMA / Getty Images

A major UK football agent is under investigation by authorities in England amid claims of a blackmail plot against former Chelsea executive Marina Granovskaia, according to a report by The Times.

Granovskia, 47, who was the longtime right-hand woman of former Chelsea owner Roman Abramovich, was tasked with overseeing the club’s dealings in the transfer market where she quickly developed a reputation as one of European football’s sternest negotiators.

According to The Times, the Russian-born Granovskaia – who left Chelsea shortly after Abramovich sold the club to a consortium fronted by the US-based businessman Todd Boehly in May – received threatening messages from an agent representing a footballer Chelsea were interested in signing to play at Stamford Bridge.

The allegations detail that the unnamed agent demanded a sum of £300,000 ($340,000) for helping to facilitate the transfer, and directly blamed Granovskaia when the payment he requested was not delivered. 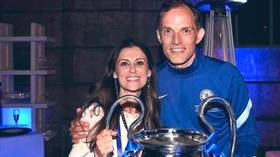 “I will make you pay for the way you have been,” the agent wrote in an email which was seen by The Times. “That’s not a threat, it’s a promise. If Chelsea don’t pay it’s on you… see you when I see you.

“I will give you the chance to make things correct if you apologize for your behavior towards me. If you don’t then I promise you I will make you pay for the way you have been with me on a personal and business level.

“This is not a threat so take it how you want. This is a promise that I give to anybody who f**ks/tries to f**k me over in anything in life.

“In summary you owe me and my partners 300k which needs to get paid ASAP. If Chelsea don’t pay it then the debt will be on you to pay. I am done trying to be nice to you.”

Granovskaia subsequently informed both Chelsea and the Metropolitan Police of the email.

The report adds that the agent was arrested and bailed soon after the complaint was made, with UK law dictating that he cannot be named in the media.

“Officers from Met’s MO6 Public Order Crime Team are investigating an allegation of blackmail reported to police in June. On September 19 a man was arrested in connection with the investigation. He was later released on bail,”

However, a solicitor representing the agent noted to The Times that their client “strenuously denies the allegation” and that he “has not been charged with any offence at this time.”

Neither Granovskaia nor Chelsea have commented on the investigations into the alleged blackmail plot at this time. (RT)