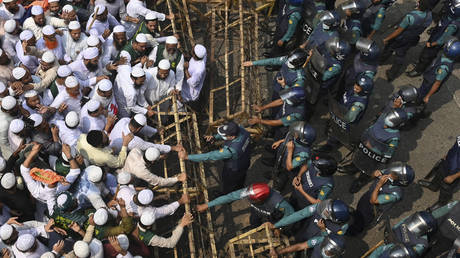 Bangladeshi police used barricades to stop a thousands-strong protest in the capital, which targeted the French embassy over President Macron’s controversial remarks on Islam.

The Tuesday march in Dhaka, which police said involved some 40,000 people, was organized by Islami Andolan Bangladesh, an Islamist party. The protesters gathered around a mosque in the morning and moved toward the French embassy, which is located in Gulshan, the diplomatic area of the capital. 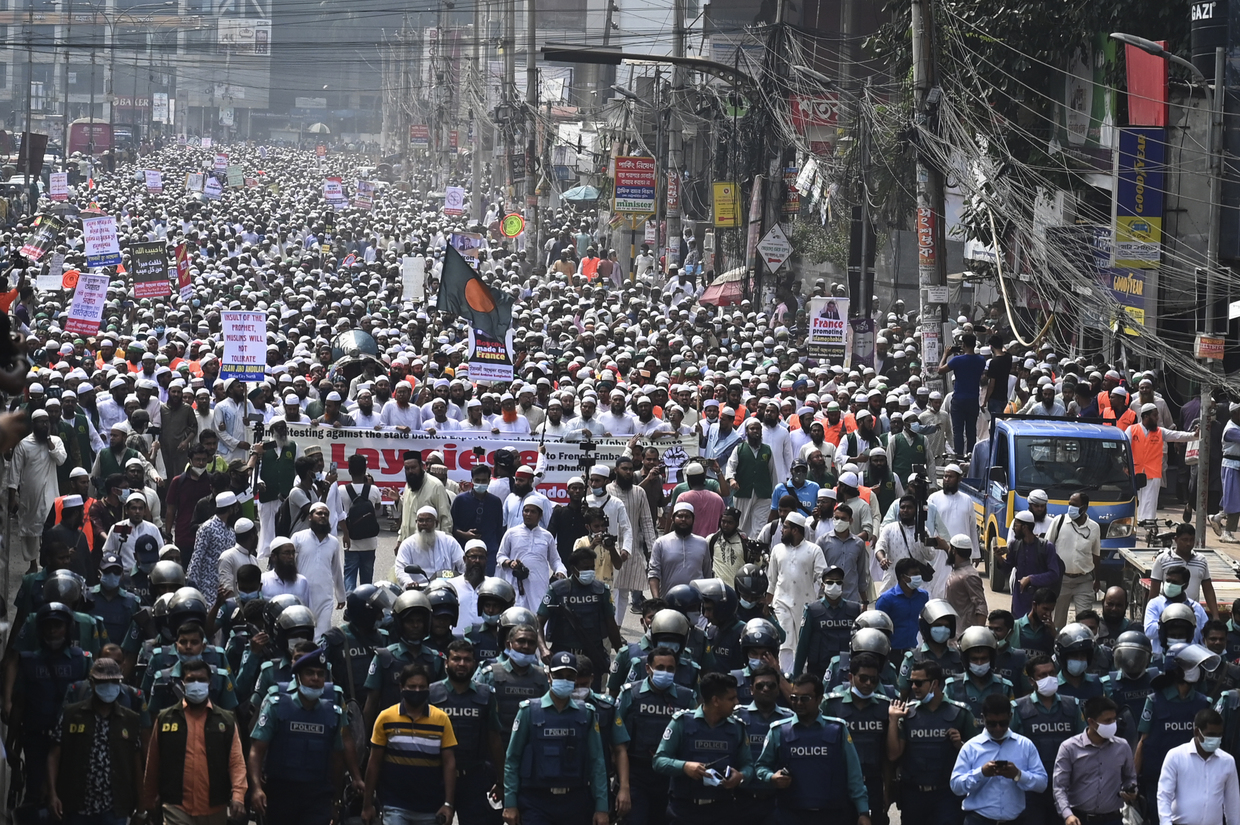 Their plan was “to lay siege” on the French mission, as one of the banners they carried said. The crowds were stopped by police barricades and the protest ended without violence shortly after.

Earlier in the day there was another attempt to gather a protest rally in front of the French embassy, local media reported, but the police dispersed the crowd.

Bangladeshi protesters said France was an enemy of Islam and demanded expulsion of the French ambassador as well as a boycott of French goods.

“Macron is one of the few leaders who worship Satan,” Ataur Rahman, a senior official in the party behind the protest, told the crowd, as quoted by the media.